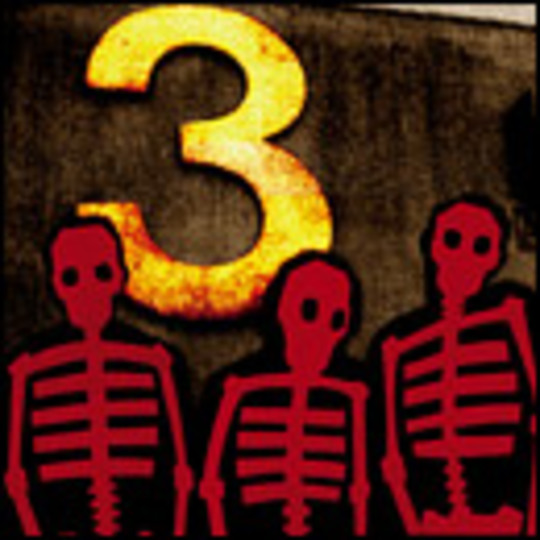 Eight months without head nor tail of a live show or a record is potential suicide for a rock band these days - this is a fact, particularly with an industry as fickle as the UK's. One band that's done just that, yet come up trumps, is Surrey trio Reuben.

For a fan of the band, 'Racecar Is Racecar Backwards' is simply a collection of their best songs from the last two to three year period, where the band have been constantly touring and sporadically releasing the occasional single. To anyone else, it should be one of the best debut albums from a rock band in the last few years.

If opener 'No One Wins The War' - with its jagged time signature and sugary sweet/brutal standpoint - isn't enough to get you hooked, there's another 15 tracks of solid rock music to keep your ears entertained.

You want the mosh-pit friendly metal songs? Well, the apparent aim of '_Missing Fingers_' is a massive punch to the gut, and 'Wrong And Sorry' will put America's nu-metal brigade to shame. Oh, the radio hits too? Not a problem - you've got recent single 'Freddy Kreuger' to do the thumping anthem, the stop-start Foo Fighter-isms of 'Let's Stop Hanging Out' for day-time listeners, and 'Oh The Shame''s frantic, tuneful hillbilly punk riffery will probably win the band over some new fans.

The musicianship of 'Racecar...' is that of a band playing beyond their years. The tremendously titled 'Tonight My Wife Is Your Wife' and the anthemic 'Moving To Blackwater' go a long way in showcasing singer Jamie Lenman's incredible voice - he can out-scream even the most ferocious of black-metallers, and instantly switch to melodies strong enough to warrant sticking the record under the 'emo' section of your local record shop. Guy Davis' also shows a frankly incredible knack for hitting the sticks - the breakdowns on '_Fall Of The Bastille' and 'Our Song_' are particularly notable.

With UK rock luminaries (and former Reuben touring buddies) such as Hell Is For Heroes and *Hundred Reasons *both recently parting way with their labels, and rock sales dwindling in general, you may be wondering where the future of British rock lies. On the strength of '_Racecar Is Racecar Backwards_', the answer may well be in Reuben's hands. Let's hope so.