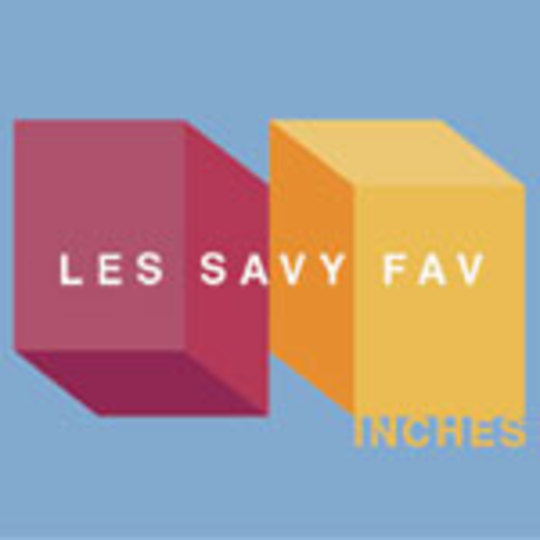 If ever a band were more custom-made to be taken to the bosom of facetious indie kids globe-wide than Les Savy Fav, they’ve been keeping themselves mighty quiet.

Or perhaps that’s the joke-like irony – the whole inverse inspiration and talent to record sales ratio is keeping such brilliance suppressed. It hasn’t had that effect completely on LSF – their madcap live show was never gonna allow that to happen – but it would be no exaggeration to say the best cult art-rock act of the 21st Century so far should, in a just universe, be vying with the arena-fillers for supremacy. They just don’t write bad songs, full stop. Sure, a few are sailing past the boundaries of sanity with little thought for the abyss that lies beyond, but it scores another victory for the fertile hotbed of Brooklyn regardless.

Concept album ahoy – well, technically concept compilation – ‘Inches’ comprises 18 tracks that spanned nine 7” singles released on as many labels since 1996, a culmination of almost a decade of quiet project plotting. Naturally, the series presented something of a wet dream come true for record collection nerds, and more of a nightmare for those with a greater love for music than their bank manager. Nevertheless, poor people of the western world rejoice, and vinyl-hoarding carpetbaggers shed a small geeky tear, because here they all are in one place for the first time.

It’s shot through with humour, but never so crass as to require obviousness as a tool – snapshot references and crazy couplets temporarily invade the airwaves, as does ‘Hold On To Your Genre’, which cheekily wields a refrain seemingly to the tune of ‘Genie In A Bottle’. Devotees will recognise versions of ‘Reprobate’s Resume’ (on last studio album ‘Go Forth’) and 'Reformat' (from life-defining second LP ‘The Cat And The Cobra’, here handled live), although that doesn’t dilute the impact of the less familiar material one ounce. Nor does the lack of the extra DVD of gig footage and the like with our copy.

Defeatist it may be, but such genius is very rarely recognised in a band’s lifetime. So be it – because there genuinely is no verbal persuasion that could exceed a single listen to America’s most underrated. So feel personally responsible for writing them a happy ending.