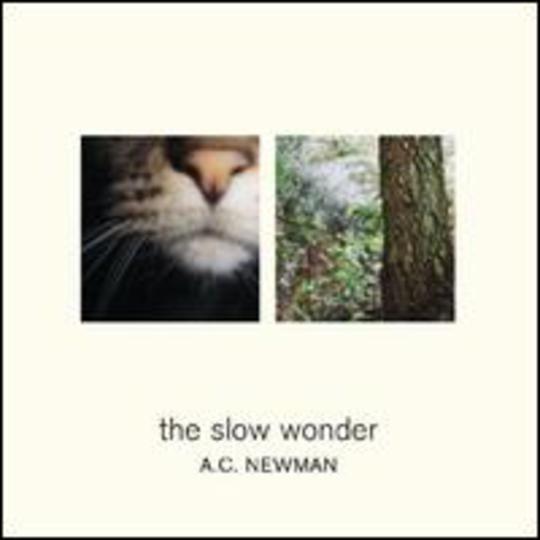 Ever noticed how the very best pop music sounds like it could have been written by a jelly sandal-wearing eight-year-old? I love naïve, innocent songwriting, and AC Newman, better known as Carl Newman of The New Pornographers, is a master of the craft, turning the complex into the easily consumed. These songs are timeless. These songs are addictive. These songs are great. Why can't every album be like this?

Such gob-smacking simplicity should be easy to describe to you, the reader, using the conventional comparisons and soundalikes, but ‘The Slow Wonder’ isn’t quite like anything. Its piano-driven pop sensibilities echo Ben Folds (Five) to an extent, particularly on ‘On The Table’, but there’s more to this guy’s game than a keys-replacing-strings gimmick - take note you-know-who. Besides, there’s just as much guitar work here as anything else. I could mention They Might Be Giants and, to some degree, The Flaming Lips as similarly-minded pop-cum-rock acts, but they’re too disparate themselves for such comparisons to stick with conviction. It’s not all summer-y pop either – ‘Drink To Me Babe Then’ is a lovely, somewhat-sombre offering that’s tailor made for the repeat function on your CD player; God, I love it. Nah, the best thing for me to say is that this record is fantastic – there’s really not a single weak song on it – and that you have to buy it. Listening to it on a bus ride home made rainy London seem like a tropical paradise, such are the positive vibes running through it.

An eight-year-old could've written this review. If that's not a sign of universally fantastic music, then I don't know my arse from my ears.

Guitar Wolf, The Hells at Highbury Garage, Islington, Tue 25 May