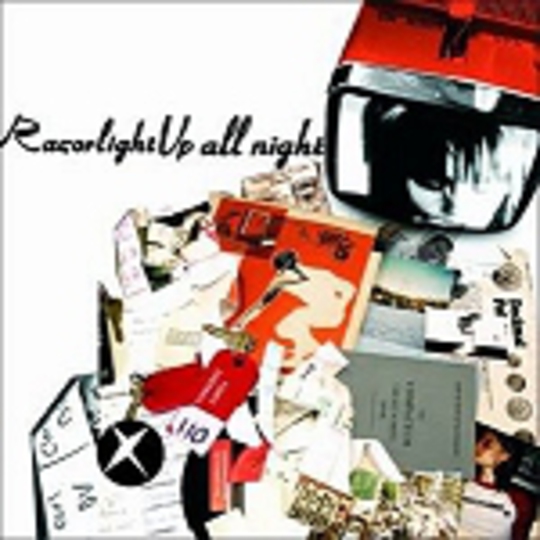 By all rights, Razorlight should be the most important band in this current wave of hip underground stars in London; while The Others have the obsessive fanbase following them around the city's most obscure venues (gig on a tube train, anyone?), Art Brut have the credibility spanning fanzines to the style mags, and The Libertines... well, enough's been said already about The Libertines already.

Razorlight, however, have all of the above and, most importantly, the songs. The songs and singer Johnny Borrell’s bravado. He's the mouthiest front man since one Mr L. Gallagher of Manchester; he described 'Up All Night' as being "better than Dylan" before he'd even written the thing. Whether or not this will lead him head-first into tabloid hell, we’ve yet to discover, but it’s a fact that Borrell has, so to speak, the gift of the gab. The fact that Razorlight’s latest single, the funky 'Golden Touch', recently gatecrashed the top 10 proves that they can at times live up to their own hype, but does their debut album 'Up All Night' keep Borrell’s promise?

From the start, it doesn’t look that way; opener 'Leave Me Alone' is a fast-but-dull garage rawk track with little to its credit, lyrically coming across like a trademark Borrell hissyfit. “Oh, I wish you’d just leave me alone – I’m so tired, I want to be on my own” he wails in the chorus, and for the four minutes the track lasts, you're inclined to do as he says. Thankfully, the second track is streets ahead. A glossy reworking of their debut single, 'Rock N Roll Lies' is one of the album highlights – a short punchy blast of punk that shows you exactly where Razorlight fare best. Conversely, another re-recording of a previous single, the infectious 'Rip It Up', gets stripped down, with Johnny’s vocals sounding as if they’d been shredded by sandpaper, and Bjorn Agren’s guitars getting strung with barbed wire in the best Television impersonation since a certain floppy haired New York quintet.

After the giddy highs of the singles, the quality understandably dips, but it's barely noticeable. The pop-as-they-come 'Vice' manages to weld a sugar-sweet melody to lyrics that manage to cram in love, hate, death and Johnny Borrell's phone number (you want it? Buy the album!), and the rip-roaring ode to one Mr Doherty, '(Don’t Go Back To) Dalston' sounds like it was written on speed. And probably was. Meanwhile, songs like the moody title track or the flimsily veiled drug-paean _'Get Up And Go'_ (“You get a little high, you get a little low”) are weaker than the faster tracks, but still pack a punch that most fail to match.

It’s not until the final tracks that Razorlight really show what they’re made of. The album's best moment is possibly it's most pretentious; 'In The City' is Borrell's take on beat-poetry, and he manages it without sounding like a clumsy sixth-former. Describing the seedier side of London in detail, he tears at those “livin’ off the guestlist... head back, hand out”, with enough time to tell us that "it looks like trouble, but it tastes like chocolate if you want it". Thanks, John. Meanwhile, recalling **Patti Smith** in her prime for the track's fiery finalé, the rest band cause merry mayhem, and it's left to 'Fall, Fall, Fall', the token heartfelt ballad, to pick up the pieces and bring the album to a close.

In 50 minutes, Razorlight have single-handedly told us what's great about the UK's new music. With an album that's fresh and vibrant but maybe a bit too derivative at times (who isn‘t?), Mr Borrell and his merry men have definitely struck gold. Better than Dylan? Not quite. The best British debut since Oasis? Definitely... maybe. But one of the albums of the year? Without doubt.