As The Cry Flows 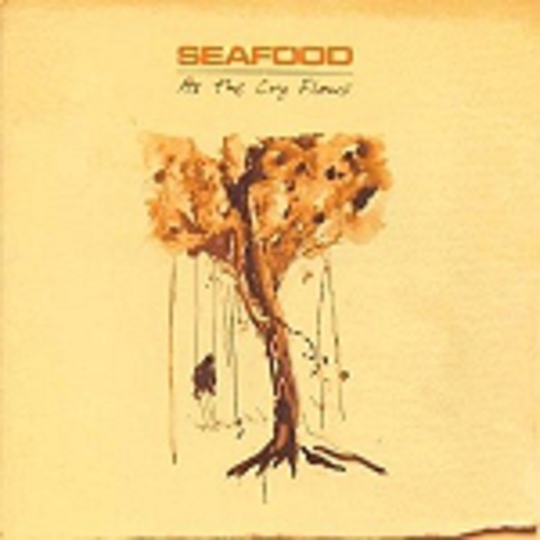 Well, this is all a bit different. Is this the sound of a band – gulp – growing up, maturing, and licking their war wounds? Seafood’s discordant Sonic Youth-isms are replaced by slow-burners. To emphasis this, it’s necessary to point out Ed Harcourt guests on piano, Hammond and Wurlitzer, while The Loose Shoes’ Nick Zala contributes some pedal steel and mandolin. A MANDOLIN. Yes ladies and germs, this is Seafood’s country folk rock album.

Well, almost. ‘Good Reason’ on its own as a single is an average Seafood-by-numbers rocker, yet somehow falls more into place among the atmospherics in place here. On the other side of the coin, ‘Broken Promises’ is cut from the same mould as Oxford indie starlets Goldrush. But the change in direction isn’t as sudden as initially thought – the signs were there in the Low type moments of previous album ‘When Do We Start Fighting’. Seafood take these highlights, expand, twist and drug them. The sinister, paranoid alt.country of ‘Milk And Honey’ might never have surfaced had the band still felt the restraints of the Mushroom/Infectious empire. For this, we should be thankful they’re able to move on as such. Likewise, drummer Caroline Banks’ often under-used beautiful vocals are brought to the fore on brooding opener ‘I Dreamt We Ruled The Sun’ - the most unobvious opener for any Seafood record ever.

OK, so most of their old hallmarks you’ve either come to love or hate have gone, but (in no small part due to the instantly recognisable vocals of David Line) this is still undeniably Seafood; it’s just that now they’re sounding far more relaxed, happy and complete than before. All in all, it’s a bloody marvellous album from one of our country’s most underrated bands.

A Grand Don't Come For Free