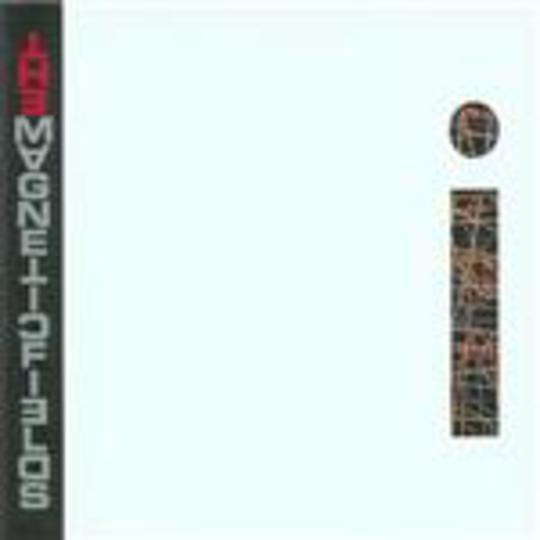 As Morrissey finds his spirited return feted in every media outlet imaginable, another true wit of our age has slipped in under the radar.

With his ass plonked firmly on the throne vacated by Noël Coward, Stephen Merritt of The Magnetic Fields long ago confirmed himself as the most amusing songwriter breathing. Author of the legendary '69 Love Songs' and bandleader for a baffling array of side projects, he also excels in weaving genuinely moving lyrics into his trademark sardonicism. 'i' straps a jet-pack to his sky-high reputation and watches it go stellar.

Mining a rich Manhattan heritage (think Irving Berlin, Stephen Sondheim and Woody Allen rather than The Ramones), Merritt (with his sub-woofer-cracking vocal still trapped in a hellish crevasse masquerading as an octave) allies drollness with concise meditations on romantic neuroses. And setting this all to the indifferent jauntiness of his minstrelesque folk is a masterstroke indeed.

The stomping 'I Thought You Were My Boyfriend' - a nineteenth century take on Depeche Mode - and 'I Don't Really Love You Anymore' (featuring a delightful pre-Ravi George Harrison solo) are the instantly loveable tracks here, but more tentative, hypnotic selections such as 'I Was Born' and 'Infinitely Late at Night' offer reward with repeated visits. And as far as titles go, 'I Wish I Had an Evil Twin' will take some beating in this or any other year.

Similar to Ben Folds and Aimee Mann, Merritt revives the lost art of inventing captivating fictions entwined with personal reflection. There's none of that whiny abstract angst that the vast majority of post-Dylan songsmiths succumb to. Rather than exercises in self-pity, the songs here manage to lay the groundwork for some highbrow sitcom.

The only gripe is that after the sheer proliferation of '69 Love Songs', the fourteen tracks here - clocking in at a little over forty mins - seem over before they begin; you can't help but want more! Ah, well. We have been a little spoilt, I suppose.

There's A Million Ways To Sing The Blues