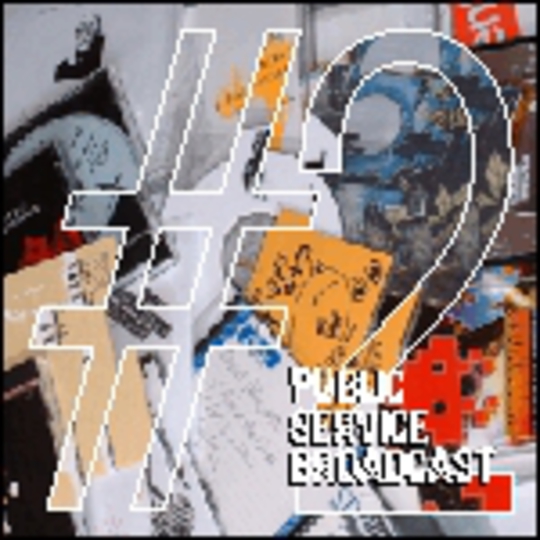 Is it wrong if the last gig you enjoyed was Atomic Kitten @ Wembley?

Does that make you sad?

Were you really there?

But that's not the point.

I've discovered Fighting With Wire now so all that is behind. And it's thanks to the Public Service Broadcast baby that this happened. This is why you must buy these records.

You will discover someone you can't stop listening. You will discover a band that you must immediately enter their website world and hear all the soul they've recorded and made into mp3 format.

But FWW aren't good till Public Service Broadcast Volume 3. So we will get to them in good time. After we've transcribed a bunch of t-shirt bands chosen by our favourite record running Irish indie punk pals (that's Jetplane Landing innit). They are the pioneers to make Walter Yetnikoff scream into his deli sandwich and get back into the game. I heard he's got the Japs interested in buying them. But only if the sales carry on. Therefore make sure you buy these godamn beautifully prescripted rock cds so this shit happens. And email all those bands that suck and tell them to get better.

Sammo Hung sound like they send their records out on minidisc. Like Fugazi probably would if they broke their turntables. Mackaye is on the phone; he's impressed.

Hyper Kinako sound Japanese. There's a market for it; just don't let Mikabomb anywhere near it. Girls got Ramones guitars.

Misterhall don't sound half as bad as their sub ska pop name suggests. It's nice. And I reckon they've got a sense of humour. With pianos and ascertaining hardcore riffs.

Shuriken are still lego animals baiting kerrang readers. Their guitarist bought an amp that goes past four and an emo handbook. Who was your favourite lego character?

Three Children of Fortune are past their brush with 'them folk'. They sound eighties. Indie bash along withsound effects and art school hooks.

Somebody taught Melaleuca the pleasant way to address. With big guitars and Scott Weiland vocals. Singing through his prison cell and cocaine shakes. He'll never be this good again.

Duke Raoul once took me on a trip; a trip I never recovered from. A trip that lasted into adulthood and scuzzy rock noises and indie respect. Hook.

I won't mention Intentions of An Asteriod because... Fighting With Wire soon appear with what can only be described as magic. It's the record I've been wanting to hear/make since Thurston Moore was namechecked against the songbook of Kurt's razor punks. Love this band. Buy this record for this alone.

You can be slightly underwhelmed when the other bands don't make you magic. But Yakuza do slice noise good. With notes and cherry bits.

Future eX Wife are the captains of the northern industry. Ignore Groop Dogdrill references just imagine all your favourite sludge records eating Kyuss from the desert tray of the Melvins. Marilyn Manson's wiping off his make up as we speak.

Panda Love Unit make fierce slabs of pavement racket. Seafood were important if only to keep it constant. PLU can carry on when the 'food heart attacks are over. Simon Williams' birthday treat eats Urusei Yatsura cake.

The Go! Team end it. It rolls like the ungodly fusion of big beat punk ecstasy. Bizarre but beautiful; a movie score finishing off a soundtrack. It's complete.