Scissors In My Pocket 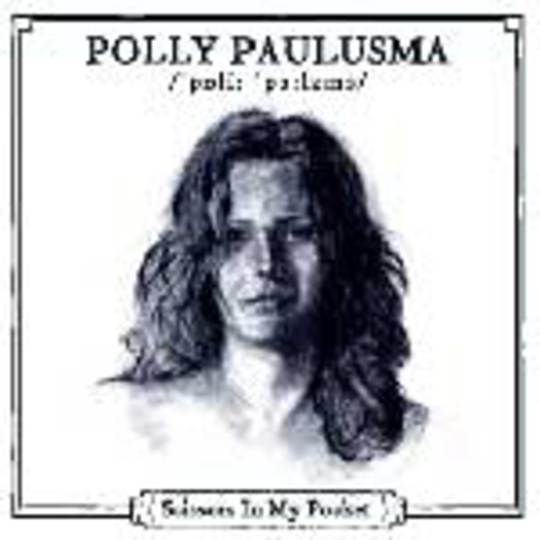 Initially I thought I really shouldn’t be writing this one. It’s not that acoustic music and I don’t get on, it’s just that if you were to look through my record collection you probably wouldn’t find much in the way of easy-listening.

My acoustic tastes begin with Bob Dylan, detour through Nick Drake and then stop (perhaps prematurely) with Jeff Buckley. Maybe I am missing out on some hugely rewarding experience, but it’s not like my apathy towards much of the genre is borne out of ignorance – folk just doesn’t do it for me.

I know who the artists are, what they did, and how they sound, but they’ve never prompted me to part with my hard-earned moolah. And the music currently flooding the charts by new acoustic-backed singer-songwriters is doing nothing to alter my opinion.

But Polly Paulusma’s debut disc, Scissors In My Pocket differs in this regard. Everything about her seems out-of-synch with what’s currently deemed popular in this genre. By three tracks in, you realise that while her music might not be what you’d call ground-breaking, she’s working from a broader palette than most in terms of mood and emotional range.

On the album’s lead-off track 'Dark Side', a piano anchors some tinkling guitars (and I swear that’s a rain-stick in the background) as Paulusma sounds like she’s enjoying herself. In a voice that recalls a breathier Lisa Loeb with an English lilt, she reels-off lyrics that are by turns playful, flirtatious and then serious to a potential suitor.

Sure enough, 'Dark Side' and its jumpier sibling 'Over The Hill' offer up their light-hearted sentiments of love and attraction easily, but Paulusma isn’t shy of getting turning to her attentions to the dark end of the scale.

'One Day' tackles the theme of pent-up frustration beautifully. Over a resigned piano riff backed by a cello, Paulusma delivers lyrics packing far more punch than your standard top-forty content - "One day I’ll take a bottle…/and I’ll shout the bile and anger and plain disappointment until I’ve almost filled it". She isn’t Dylan yet – although she’s opening for him in a couple of months – but you can hear a genuine voice of experience in lines like "you might like the idea of the kill/but you don’t know what dying’s about."

Two stand-out tracks swirl around the centre of the album. The first of these is 'She Moves In Secret Ways', a gorgeous, haunting ballade that earns every second of its near six-minute length; against a dark-tinged musical backdrop, Paulusma’s acrobatic voice is the main instrument, guiding the listener like a lantern in the fog. The second is the mournful 'Mea Culpa'; lightly picked verses act the bait for the breathy hypnotic choruses reminiscent of Sarah Mclachlan in her pre-Surfacing days.

If Scissors In My Pocket has a weakness, it’s that the final few tracks are a bit of a drop-off after the stronger material of its centre. But overall, what you have here is the sound an artist following her own musical impulses – rather than the dictates of a record label or market. Paulusma’s music may be light in nature, but there’s more on offer than surface detail – and it’s certainly worth exploring.