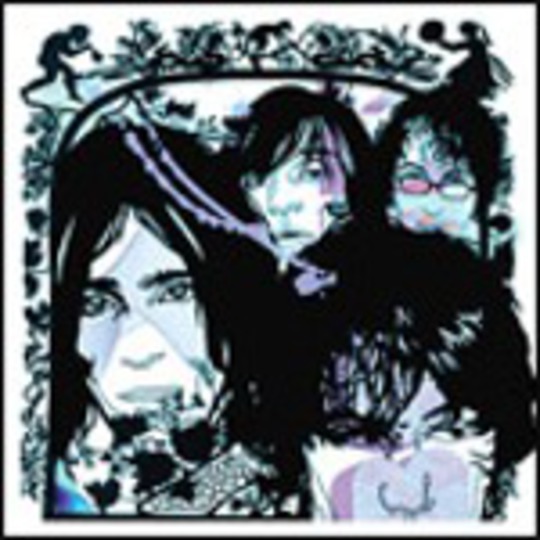 Blues rock bastards The Blueskins were meant to be ones carrying the can for all the retro-rock blame this year. To be honest, I'd already assigned them pariah status, dusted off the cross and donned the cape of death. They were the offcuts of the 22-20s, the gumbo scraped off the heels of Rocks, Rakes and god knows who else. So what went right? I mean, really?

The Blueskins' debut record 'Word Of Mouth' is a glorious, pre-summer-heated mess of sh*t, spunk and flying fur, all belted out at a breakneck pace that would put an Alton Tower's ride to shame.

Opening up with a killer quartet of tunes, 'Word Of Mouth' sprints from side to side from the start; 'Bad Day' has a beautiful retardedness that Jet could only dream of, while 'Stupid Ones' is a ram-a-lama combo of Supergrass rockin', 60's harmony acrobatics and enough breathless speed to outflank a lemur. 'Change My Mind' is an idiot savant bottleneck Beck dropped in the middle of the English countryside, and 'Girl' hits on like a hick Pixies drama. It's a fascinating car crash of guitar crippling intensity.

Admittedly it sags a tad in the middle; 'My Love Is Law' has a Seahorses-esque title, and a Gomez prediliction, while 'Go_' trips over it's own confusion, but 'Ellie Meadows_' wails along a riff too dirty and a chorus too grand for us to imagine it's really theirs, and 'Tell Me I'm Someone' is just too plain good to sneer at.

NEWS JUST IN: The Blueskins make an album that's as obscenely catchy as the first Supergrass record, avoid horrid garage rock hanging by skin of their teeth.