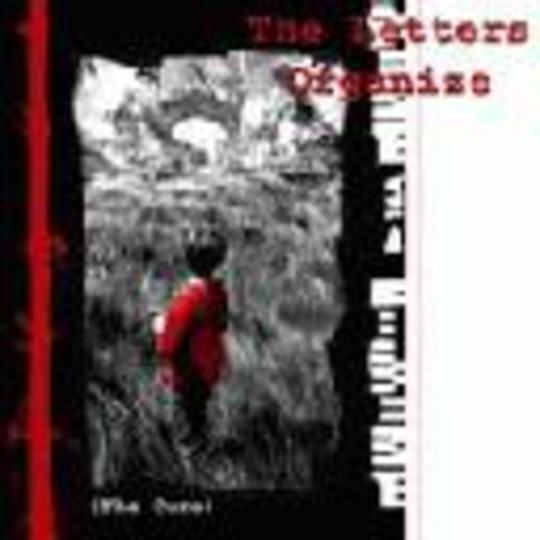 When legendary and, frankly, essential Swedish hardcore caterwaulers Refused *split up back in 1998 no one could have predicted the swathes of 2nd rate copyists plagiarising their life-affirming soul-power formula with soulless ham-strung efforts attempting to tap into the raw energy that was fundamental to their music. It’s a passion that lies deeper than full-throttle guitar chords and decimating drumming; a passion and fury that cannot be simply tapped into but which lies at the very epicentre of such a band’s very core. The Bronx, Minus, Snot; they all have it. Now you can add *The Letters Organize **to that list.

Originally released as the ‘Everybody Goes Bash’ _MCD on Brand Name Records on the States _‘(The Cure)’ is a thrillingly expedient disc rattling with all the raw passion and uncontrollable energy of Refused, bolstered by a ferocious Bronx-like intensity that skins alive any half-assed competition and dances manically on their shallow, gut-less carcasses.

But it’s not all blazing, white-knuckle rides of punk rock noise. Propelled by quirky intermittent guitar jerks _‘10/21’ _pile-drives through a rippling groove, pulsing with an almost tribal rhythmic tenure. Throughout the disc bursts of fury are tied together with strings of melody swinging in and out of ear-blasting hardcore punk, breaking things up nicely enough to guarantee a prolonged residency in your stereo.

That The Letters Organize hail from the exact same town Refused originally disbanded (that being Atlanta, Georgia) seems somewhat consequential to their barnstorming approach yet secondary to the righteously expressive din ricocheting throughout. It kicks, it swings, it grooves and it makes me wanna smash all my favourite CDs so I can never listen to them again (yes, I have a weird sense of logic).