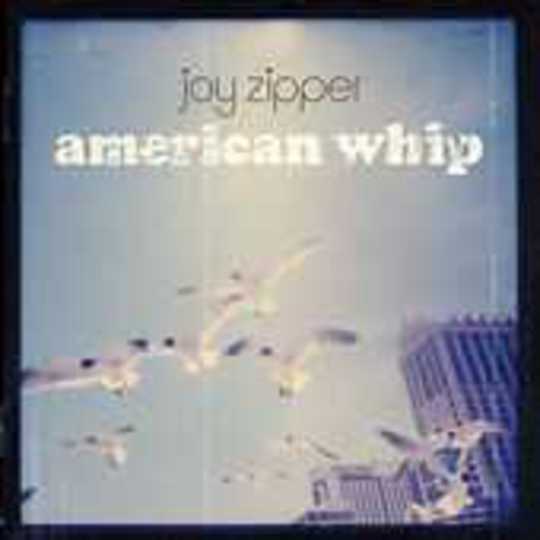 It’s all about image. Vincent Cafiso and Tabitha Tindale look like a pair of bohemian heroes; the type of beatnik technophiles who probably met over bottled beer in some over-crowded style bar and came to christen their love with a collection of lucid, blissed-out narcotica. With their baroque pop melodies muddied by doses of drone and distortion, the duo also succeed in creating a stylish – if unoriginal – soundclash between gorgeous, melodic reverie and strung-out, noise-ridden tension. Problem is, when you feel beneath the record’s facile surface, Joy Zipper’s second full-length seems depressingly lacking in substance.

Originally slated for release last year, in the past twelve months, the Long Island duo have seen their sound mined and mimicked by the likes of M83 and a newly-resurgent Air; taking the same tuneful static fuzz and sonic-gimmickry of My Bloody Valentine, yet furnishing it more finely-tuned sense of feeling than was ever seen on Joy Zipper's debut.

On American Whip, they've done little to redeem themselves. Sure, the doctored guitars, fairytale strings and nauseous male/female harmonies make the likes of “In The Never Ending Search For A Suitable Enemy” a perfectly inoffensive listen, but there’s a real superficiality here; the sense that the group is perfectly capable of conjuring an aesthetic, yet unable to build on this in terms of either musical complexity or tangible emotion.

Take how “Baby You Should Know” sounds like something off Loveless, only wiped of the grime, the noise, the soul and fire that made MBV’s final flourish such a dense masterpiece. Then see how the line “I love you more than the rain in springtime” on “Christmas Song” is delivered with all the romance of sending your lover a fax on Valentines Day. It’s not simply that the album sacrifices one factor for another; it lacks any real depth whatsoever.

But what really infuriates here is that it’s not even a particularly bad record. Throughout your listening, you want to churn out clichés claiming the album’s packed with ‘good production;’ that the songs are ‘well constructed.’ You can even forgive the gutlessly vague drugs references on “Dosed and Became Invisible” and instead notice how the swathes of synth strings, soft horn and the lazy, drawled out vocals of Vincent Cafiso make it a perfect summer mix-tape tune.

But it’s simply not enough. In the end, Joy Zipper are the type of band that think shrouding their songs in a sheet of sub-Kevin Shields drone, drugged-up affectations and bastardised Bacharach melodies makes their pedestrian pop sound urgent, vital and ‘edgy.’ It doesn’t. It sounds hopelessly contrived; a style-magazine mock-up of a dozen influences that’s then drowned in the kind of emotionally disconnected, non-committal ‘cool’ that might look great on glossy fashion pages, but seems flaccid and lightweight when translated into music.

It’s all about image. But with a stunted and soulless second album, Joy Zipper just leave us gazing at a blank canvas.