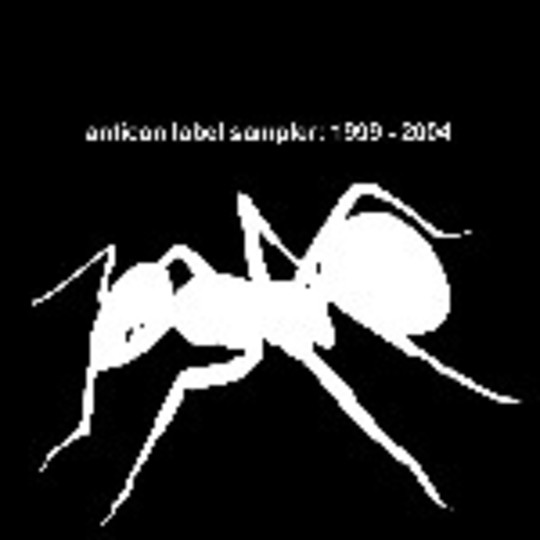 To an outsider looking in, this must all seem quite odd. If you’re not familiar with the anticon universe then it’s difficult to describe what they do without uttering the words “white”, “indie hip-hop” and “collective”, either in your explanation or the startled response of the person you’re trying to convince that it’s not only a good idea, it’s tantamount to revolution.

Crossover appeal is usually a term applied to music that dilutes one genre of music by combining it with another. Take rap metal. No, please… etc.

Alternatively, it can lay down the blueprint for genuine progression. Anticon’s strength is that, between its eight principle members and various ‘contributing cousins’, they’ve broken down and rejoined the parameters of rap, race, social identity and enterprising in a free market capitalist infrastructure that you’re against in principal. This retrospective mixtape is a tribute to that as much as the music they’ve produced over 5 years and 35-plus releases.

That all the tracks appear in truncated form in order to fit 33 songs onto a single CD will be a minor irritation to anticon *aficionados, but it is, predictably, the perfect introduction for novices. Anoraks will be pleased to note the inclusion of some new material, with *passage and pedestrian in particular being allowed to shine properly for the first time, the latter’s deadpan delivery being expertly cloaked by the funky guitar loop of ‘The Toss and Turn’ while the former does his best to give an idea what anticon CEO sole would sound like if he could sing on the equally uplifting ‘Poem to The Hospital’.

By the time sole does appear to offer up some new material of his own, with typically abrasive cynicism, in the form of ‘Dumb This Down’ you’re left assured that they’ll stay erudite, pretentious and, if need be, esoteric to the last.

At this price and with this much benevolent intent, everyone should devour this CD whole.