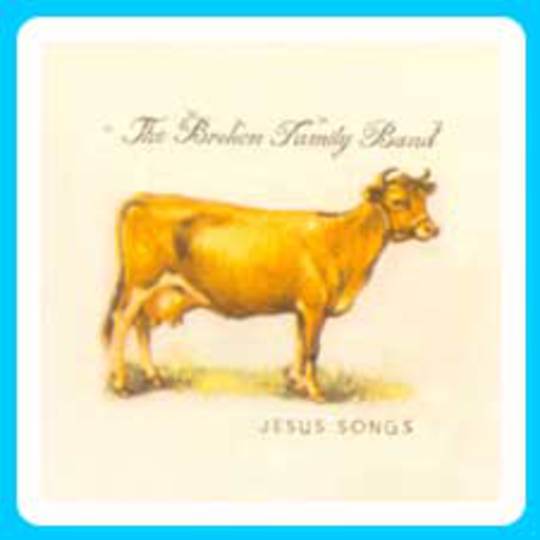 And verily The Broken Family Band said unto themselves, ‘Let us go forth and sing of faith, and cover Neutral Milk Hotel in a rousing manner as if their song were’st our own, and moisten the eyeballs of all who darest hear our bittersweet melody.’ And it came to pass that the merry band of stubbled Cambridge songsmiths did continue to be major players in the scene that begrudgingly answers to the name of ‘Anglicana’, whilst confusing those who heard them as to whether they were followers of Jesus, or his church, or both, or neither.

And on the first track, there came forth from behind the plaintive acoustics pluckings the almighty clamour of loud guitar and big cymbal as established in the ‘At The Back Of The Chapel’ EP. ‘Walking Back To Jesus Part Two’ was played faster than we hath become accustomed to and did retain its sing-along feel, whilst the third part did incorporate a large choir of men along with the low, unsettling tone of Adams. On the sixth track ‘Kissing In The Rain’ the band did write in the devastatingly beautiful way that other songs begat of them had us know, particularly the bit near the end of the chorus where the instruments drop out leaving the voice of Steven laid bare. And the followers did rejoice, singing the praises of the group as was deserved of them, and we saw that it was good.