Let's Grow Together: The Comeback of St Thomas 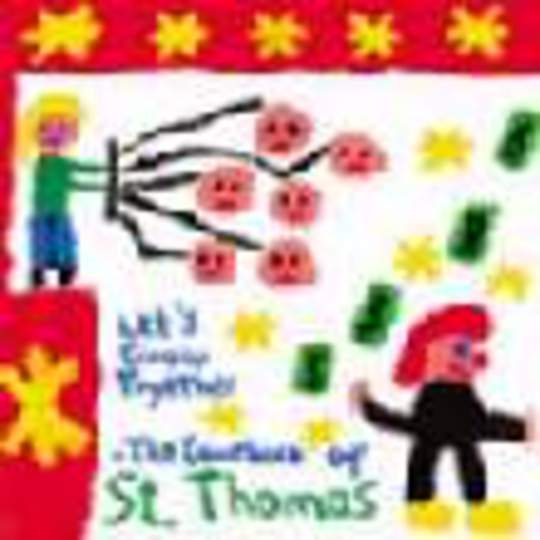 Who does Thomas Hansen think he is – Neil Sedaka? Subtitling his fourth LP in as many years with ‘The Comeback’ is apparently a means to distance the Norwegian from the aftermath of last year’s ‘Hey Harmony’. According to myth, after surrendering the artistic driving seat of that record to alt-country jewels like Howe Gelb, assorted members of Neutral Milk Hotel and Lambchop, so perplexed was Hansen that he succumbed to copious quantities of ale and jazz cigarettes. And though, like previous St Thomas LPs, Hansen bathes you in a shimmering glow as promising and pleasant as the spring sun, there lingers a distinct smell of lank hair and patchouli oil around ‘Let’s Grow Together’.

Most dopers, their last traces of aggression quelled to a bonobo-like placidness, are gentle and amicable – you can’t help but like them. There comes a point, though, when their tales of free love and the joys of the organic knitting co-op become annoyingly smug – so when Hansen quivers about writing a ‘song’ every day (‘Daily Song’) or how we should “grow together in the colour blue” (‘Let’s Grow Together’), send the sniffer dogs in.

Thankfully, more pleasing propositions are found elsewhere. ‘Dance To The Disco’ is Radio 4’s ‘Dance to the Underground’ with a tissue box and kazoo while the piano-led shimmy of ‘Artist With A Brilliant Disguise’ recalls the irreverent bop of Belle & Sebastian gold. Better still is the psychey, Elephant 6-style opener ‘Sunny Day’ and Wickerman weirdness of ‘Waltzing Around Insane’, while the dark, overdubbed harmonies in ‘Like You Know’ undoubtedly form the LP’s centrepiece. When Hansen soars “he’s walking down the road/with some GLASSES on” with all the melodrama of a tragic opera, it’d take a heart of iron not to overlook the faults on this record and welcome him back with open arms, if that’s what he wants.