18 Monkeys On A Dead Man's Chest 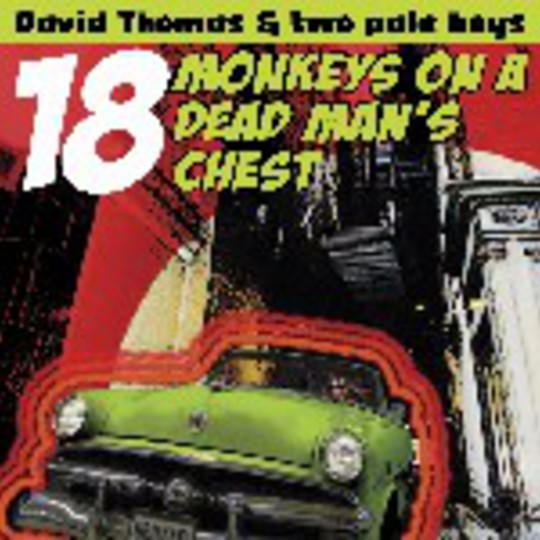 When you've seen and done as much as David Thomas, I guess there comes a point where nothing's really that shocking anymore. Or at least it shouldn't be. Lesser individuals would probably end up as mere caricatures of themselves - I mean 30 years down the line, could you see yourself creating something as astoundingly dark and harrowing yet ultimately breathtaking as '18 Monkeys On A Dead Man's Chest'? Me neither.

When Thomas formed seminal avant-garders Pere Ubu at the height of punk rock, the thought of him still making groundbreaking music would have been met with howls of derisory laughter by the rest of his "burnt out, soon to fade away" contemporaries. Yet, at times, '18 Monkeys...' beggars belief in its ability to meander from three chord punk'n'roll to Polanski-esque film scores and the downright disturbing.

With the assistance of the Two Pale Boys - former James trumpet pioneer Andy Diagram and They Came From The Stars I Saw Them guitarist/noise specialist Keith Moline - Thomas has managed to create a record so exciting it demands some kind of cineramic visual accompaniment.

Listening to 'Brunswick Parking Lot' and its haunting melodean and violins over Thomas' croaky drawl (think Nick Cave spitting feathers with Hank Williams in the darkest recesses of Alaska), - "Deborah, no one knows how deep the blue hole goes..." - may sound fairly inconspicuous but the echoing sounds from Diagram's trumpet provide an eerily prophetic serenade (to doom). "Deborah, you know me so well, you're a lucky girl..." ends Thomas over a distant squall of weaving strings and brass sounds. Hey, I don't know this "Deborah" from Adam but I can tell she's in real danger so will someone dial 999 and...relax...it's only a song, right?

So just as the 'Document' period REM sounding 'Golden Surf' starts up to quell any anxieties, Thomas bleats out the immortal words "A map only shows what you already must know... so where shall we go? ...into the dark light..." and hey, I'm shivering just telling you this, and normally I only get goosebumps towards the end of 'Crimewatch' but my hair's now standing on end and...what? There's more? 'Prepare For The End', you see, does that. "I wanna go to Soda Mountain" insists the rather demanding vocalist and I don't even know where Soda Mountain is but...calm down, it's alright, it's only a song, and when the music stops, everything will be back to normal, OK.

Who just turned the light off?