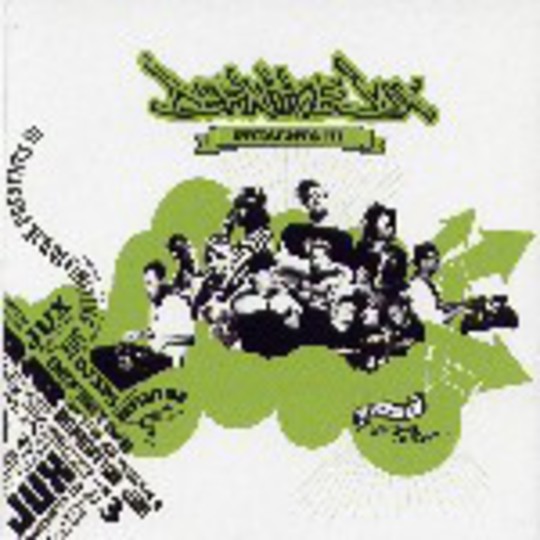 Frequently painted as the brash, arrogant bad guys trying to thwart anticon’s backpacking quest to wrestle hip-hop back from bling-bling braggarts and claim it as their own, that Def Jux haven’t sued for libel should indicate that, despite the bitching, they’re another band of mavericks, artistically equal to sole and co.

Label founder El-P has successfully set up shop while the wised-up wait for the Enron-style collapse of the artistically-bankrupt crap that clogs up prime-time MTV Base, and the ...Presents series has unsurprisingly always been the best place to showcase his stable’s considerable pedigree. The original ...Presents was little more than a taster for Cannibal Ox’s The Cold Vein cult-classic and some off-cuts from El-P and Aesop Rock, but its follow-up was much more cohesive and wide-ranging, and established the label's rich diversity of like-minded, cerebral souls. This, however, is the best collection the Jukies have put together to date. You feel like applauding the effort that went into its compilation as much as the music itself.

As with ...Presents II, the best tracks spring from the most surprising sources. While this collection remains required listening for people who haven’t heard the key ‘Jux artists, the advantage their collections have always had over anything anticon, Mush et al have thrown up is their ability to recruit from the periphery to make for some interesting, exclusive tracks and collaborations. So, while Phase 2’s spoken-word intro is ripped-off from Endtroducing… to the point of making it disposable, Cage takes time out from dissing Eminem to guest on El-P’s ’Oxycontin Part 2’ and transforms it from being another inaccessible collision of off-kilter beats and drum patterns Aphex Twin would reject for being too abrasive into an eerie, sample-heavy tiptoe across piano keys, held together by intertwining, dialogue verse.

Elsewhere, Rob Sonic emerges as one to rival Mr. Lif’s patent on loose, funky electro-hop while Lif himself becomes part of The Perceptionists and notably expands his politically-charged rhetoric in the process. S.A. Smash brilliantly illustrates what would’ve happened if Robert Johnson had sold his soul seven decades later than he did, infusing dirty blues loops to make his point on the Satan-baiting funk of ’Devil In The Hole’. One disappointment is that Aesop Rock fails to atone for his latest, largely-inconsistent Bazooka Tooth LP. ’All In All’ sounds like little more than a BT cast-off and a remix of ’No Jumper Cables’ is, frustratingly, even more jarring and unlistenable than the original. Still, Bazooka Tooth's predecessor, Labour Days, remains a jewel in the Def Jux back catalogue and as required a piece of listening, as is ... Presents III for anyone arriving late to the Def Jux party.