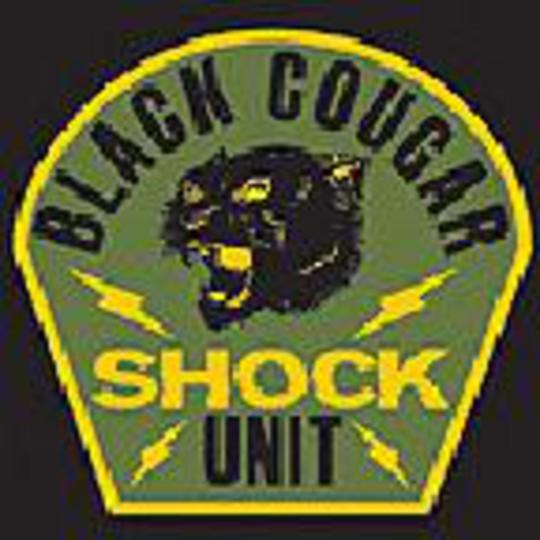 Hailed as the latest punk rock supergroup to bound out of the states, Gainesville, Florida’s Black Cougar Shock Unit *contain former members of such underground punk bands as *Panthro UK United 13, Discount, Unitas, Army of Ponch *and *House On Fire. (Cue the deafening cry of ‘who??’.) OK, so it’s hardly *Down By Law *or *Fantomas *and unsurprisingly what you get on this debut 7-tracker is only too derivative of the ‘Gainesville Sound’; the *Hot Water Music / 12 Hour Turn *mould that the scene over there evidently can’t get enough of.

But then, considering BCSU’s previous bands, its meagre standard can only be expected. See, with most supergroups you usually expect each member to bring a little something to the table, some ingenious basslines or some nifty guitar weaving perhaps, but with BCSU what you get is far from special and only mirrors the below average output of much of the scene’s punk bands, including the aforementioned group’s previous efforts. There are, of course, moments where it all tenuously comes together, such as the guitar melodies in the opening _‘Iron Cobra’ _and a nice break midway through _‘Codename: Deadman’ _but even then you can’t get away from frontman Alex’s gruff vocal style as he huffs and puffs his way through tracks with all the vague, tuneful gusto of an overweight, 80-a-day Phil Mitchell.

It’s much the same with the music, everything seemingly held so loosely in tune that at times you sense you’re listening back to some rough band rehearsal tapes where songs haven’t yet been given the chance to develop or progress further than a few months practise.

It’s all very well for those of you who worship at the altar of No Idea Records, but for those of us who were expecting something a little more innovative this is an extraordinarily weak, patchy and ultimately disappointing effort from a group that really should know better.