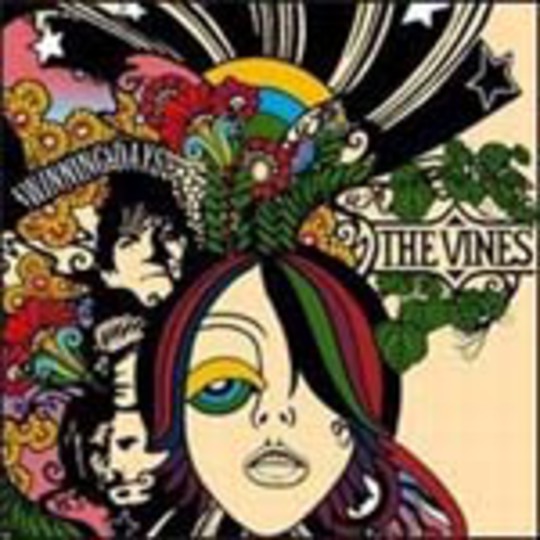 If you sat down to read the letter pages of your average music mag, you’d get the impression that us journos all meet up once a month to discuss which poor young band we’re gonna rabidly hype then slate to oblivion the first time they fart in bed. You would of course be dead right, but I digress…

Here we have one such rare example of a band who, on a musical level at least, really deserve said backlash. Nothing personal, chappies, your ‘Highly Evolved’ record was rather fine and ‘Get Free’ an adrenaline-pumped, blister-poppingly fantastic single. It’s just that album number two – like that infamous fish dish on Happy Days – is not so great. It’s sad but true: nothing matches either the gritty buzz-pop highs or the dreamy drugged-out booziness of the slower material on their debut. Neither does it offer any relief from these two blueprints.

Ultimately, ‘Winning Days’ is an highly frustrating listen. Moments of brilliance do surface through the murk – the dreamy title track, for instance, is excellent until a dismal guitar solo destroys the atmosphere like a particularly pollutant Russian power station. Similarly, the Sleepy Jackson-esque chorus of ‘Sun Child’ is California-huggingly blissful, yet the woefully underwritten verse nearly ruins it all. In contrast, all the rockier numbers are uniformly shite. You’ll no doubt have already heard the passable ‘Ride’, but even the detatchedness of Craig Nicholls’ vocals on that won’t prepare you for the sheer level of apathy present on the god-awful ‘TV Pro’ and ‘Evil Town’.

In his desperation to get all his songs down on tape, Nicholls has shot himself squarely in the foot. Even the songs that do work sound under-developed, while someone really needed to step in and veto substandard pieces like ‘Autumn Shade II’ to b-side territory. On a record that clocks in at under 39 minutes, the quantity of filler here is simply unforgivable. Equally, Rob Schnapf’s frequently unremarkable production only adds to the feeling that ‘Winning Days’ is a dangerously premature baby, with barely the strength for breath in its inadequate lungs.

From here, The Vines will go one of two ways. Either Nicholls will throw a big strop with the media and spend the rest of his career tossing out similarly substandard albums with gradually diminishing returns a la The Cranberries, or he will take some time out to lick his wounds and come back in two years with the magnificent third album that he is so obviously capable of creating. Here’s hoping he’ll choose the latter.