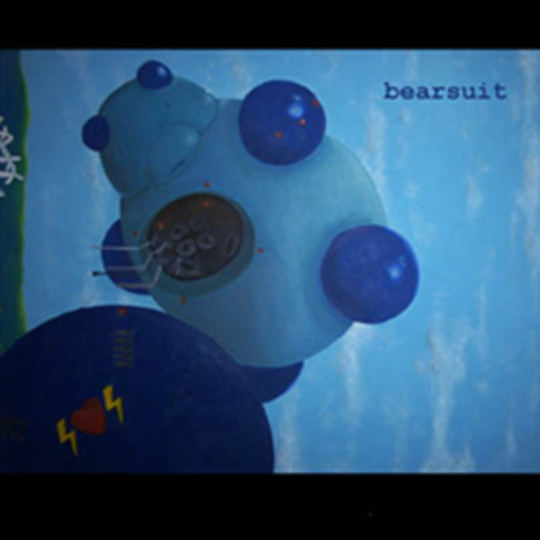 Anybody with even a slight penchant for colourfully shambolic, schizophrenic or purely astounding music will be hooked by 'Cat Spectacular!' before they’ve even scraped their jawbone off of the floor.

Although we’re yet to recover from the handful of Bearsuit 7”ers released since 2001, their debut LP has been in anticipation for a while now. And while the songs on 'Cat Spectacular!' may not display the sort of tunecraft prevalent on, say, ‘Hey Charlie, Hey Chuck’, they duly make up for it in whoop-inducing madness.

From opener ‘Welcome Bearsuit Spacehotel’, where various members of Hyper Kinako introduce a twinkling fanfare bordering on the operatic, to the last few a cappella moments on closing track ‘On Your Special Day’, the ‘Suit barely ever let up.

References are plenty to indulge in – for instance, ‘Cherryade’ is what Belle & Sebastien’s TV jingle for a soft drink would sound like until, after about two minutes, they become so frustrated with its twee nature that they crank up the distortion and let the guitars round it off at hyper-pace. ‘TSTM’ is like Aphex Twin crudely sculpted out of string, masking tape and battered Casio keys. ‘Kiki Keep Me Company’ is East Anglia’s take on Melt Banana, only more erratic, and tracks such as ‘Going Steady’ and ’Prove Katie Wrongg’ give great synth-noise in a we’ve-just-fallen-into-St-Etienne’s-toy-box kinda way. Even ‘Cookie Oh Jesus’ could be described as Super Furry Animals coaxing Oliver ‘Clangers’ Postgate out of retirement to make a film about them and still somehow seem likely.

Yet the variety of influences makes Bearsuit seem even more unique – they sound like everything and nothing at once. The riot of handclaps, ones and zeros on ‘Itsuko Got Married’, the flicking between channels on ‘Going Steady’, the way ‘Rodent Disco’ restarts itself like an inspired fur-clad Gameboy…if perhaps not unique to this band, such ‘quirky’ touches could not be pulled off with this amount of ragged charm by anyone else.

In other words, anybody with even a slight penchant for colourfully shambolic, schizophrenic or purely astounding music will be hooked by Cat Spectacular! before they’ve even scraped their jawbone off of the floor. Bearsuit don’t so much define the line between genius and insanity as master both sides of it. Amazing.