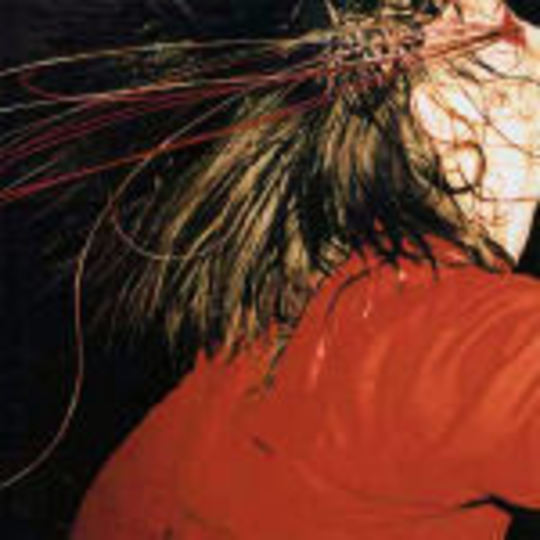 Rock and roll is dead.

To be precise, it died 10 years ago this April, if the blanket coverage of Kurt's passing is to be taken as gospel. Such occasions prompt debatable question: what part did Courtney play in the whole thing? Was it really suicide? More importantly, where would Nirvana have gone, creatively, post-In Utero? If they'd have produced something half as good as 'Penance Soiree' they'd have been onto a career-destroying winner.

The phoenix from the still-warm ashes.

The Icarus Line don't have a pretty album in them. Whatever requests their new label may have made of them, they've not delivered, unless said requests were for a scuzzed-up, punk rock drone behemoth. The signs were there - as bright as the Blackpool illuminations - in that single, which opens proceedings here. Kurt wanted 'Rape Me' as a single. Geffen said no. The Icarus Line wanted 'Up Against The Wall Motherfuckers' as the lead single. V2 bent over and took one in the ass in the name of rock and roll. It's the single of the year - no question - and it's April; 'Penance Soiree' can't fail. Call me sycophantic, whatever: it'll be the new black come autumn.

Stealing back the crown from the cock rock.

You've seen them staring at you from the magazine stalls, The Pretenders (no, not the Chrissie Hynde brigade). Them, with their floppy fringes, and them, with their foot-on-monitor, spandex-clad histrionics. They. Stop. NOW. The opening half of 'Penance... alone blows every so-called rock act polluting our airwaves clean away, such is the savage malevolence that resonates within every single syllable that spouts from Joe Cardamone's mouthful of poison. Those lucky enough to have picked up that single will know 'Caviar' already; it's a monster of a size disproportionate to any b-side ever heard. That's EVER. Equally monstrous are 'On The Lash' and 'Kiss Like Lizards', but it's the two-minute barbed-wire complete-and-utter clusterfuck that is 'Spit On It' that really proves that The Icarus Line are everything The Pretenders (NO! Not those Pretenders!) can never even aspire to be. It'll make you sweat lava, but the feeling's intoxicating like nothing felt before. If music were tangible you'd let this penetrate you anyway it wanted, and then sleep in the wet patch.

You can't stop this. None of us can stop this. 'Penance Soiree' is the album no one was brave enough to make, before five LA punks decided to fuck the major label system and produce their epitaph, for after this all bets are off. Kurt wanted to burn out brightly. He didn't. The Icarus Line just might, but they'll take down everything before the horizon line with them when they do. Kill the fakers and steal their worthless souls - The Icarus Line are back and they want blood. God help those that would dare stand in their way.

Rock and roll is dead. Long live The Icarus Line.