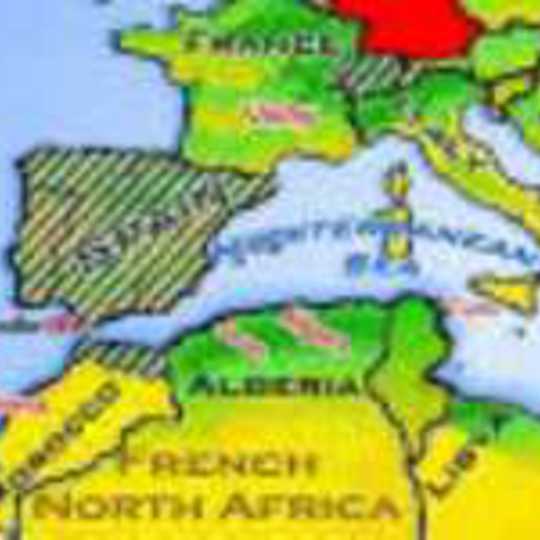 'Carrion Camping' is the soundtrack that a terrorist might put on to drive himself into a suitably blind fury before leaving the house with a coat of explosives. The harsh wheezing of the record's hate-laden, spoken-word drawl, tempered over a cheap keyboard leaves you feeling as if your nerve endings have been plugged into the mains. And I love it.

The appeal lies in its sheer perverse bravado. As far as tune goes, The Vichy Government get their biting polemic down with the minimum level of musical complexity. Lyrically, however, it’s somewhat more involved. The bitter acerbic jeer here is filled with bitter taunts, without a taste of political correctness. Take the proclamation of ‘Protestant Work Ethic’ that “The Jews may have murdered Jesus Christ, but we murdered Oscar Wilde”, or 'Arranged Marriages' sneering that "You can learn to love anything if you're stupid enough/And let's not pretend otherwise/We all are". There’s no mercy here, or even anything you could call idealism - simply selective nihilism presented as cabaret.

'Carrion Camping' is love/hate music which will either grate over every nerve and principle in your body or have you rejoicing at the razor-sharp intelligence VG employ to violate every taboo they can lay their hands on.

Drop The Vichy Government a line at thevichygovernment@hotmail.com