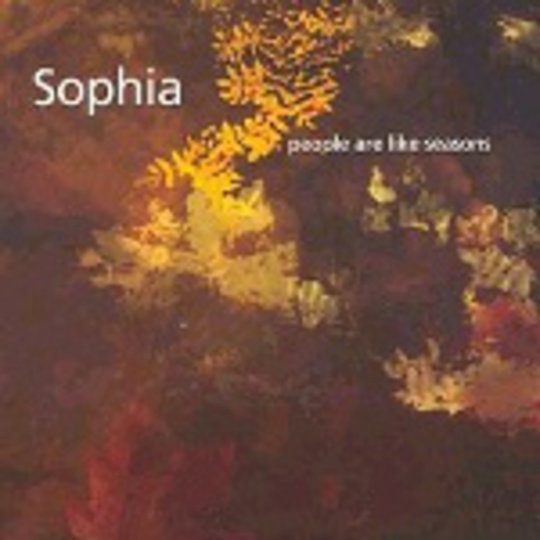 Most people would never have made it back. Eaten alive by a carnivorous music industry hungry to swallow any innovators whole for fear they might expose the sheer dominating mediocrity of their most successful charges, Robin Proper-Sheppard refused to submit. Thank God indeed, or we’d never have experienced the beauty of ‘People Are Like Seasons’.

It’s not as if the preposterously named Proper-Sheppard ever had it easy after relocating his most famous vehicle, experimental rock granddaddies The God Machine, from San Diego to London. A decade ago, bassist Jimmy Fernandez died of a brain tumour, the band imploded and a profound sense of gentle victories over crushing hopelessness is still conjured forth by this sad history.

Ten years on, this is how My Bloody Valentine would sound if Kevin Shields roped Bobby Gillespie into returning the favours he’s done for Primal Scream. There’s an unmistakable shoe-gazing vibe, but only if all those underachieving early ’90s bastards had occasionally glanced up from their size nines and taken in a little of the world.

A defiant, almost Billy Corgan-esque, lilt catches Proper-Sheppard’s voice on opener and forthcoming single, ‘Oh My Love’, which is typical of the mood; the tragic faraway sorrow of Sparklehorse married to something approaching The Dandy Warhols without a complete leering cunt for a frontman.

Faced with the kind of past events that strip any lust for life from your bones and pose the question, ‘what’s point of existence?’, it’s no surprise there are profound desolate pangs of soul-wrenching unhappiness. Look no further than the heartbreaking lyrics and painfully sad mourning orchestral refrains of ‘I Left You’. “I left you/but you never really felt that far away”. “I left you/cos it seemed to hurt us less than if I stayed”. “You don’t say much now/but what you do say just tears... tears my world apart”.

You can almost hear his voice crack as seven-minutes of funereal-paced tearful splendour unfurls in the most intricate way; a delicate butterfly of a song cowering in expectation of its imminent death at the hands of a cruel world. Powerful, beautiful stuff.

And as ‘Another Trauma’ trips carefully into the abyss while Proper-Sheppard croaks a quietly triumphant “yeah, yeah” mantra, it becomes clear. While it’s impossible to forget what’s gone before, he’s moving on slowly and respectfully in the only way he knows how, with courage that dearly deserves recognition.