Under A Stone With No Inscription 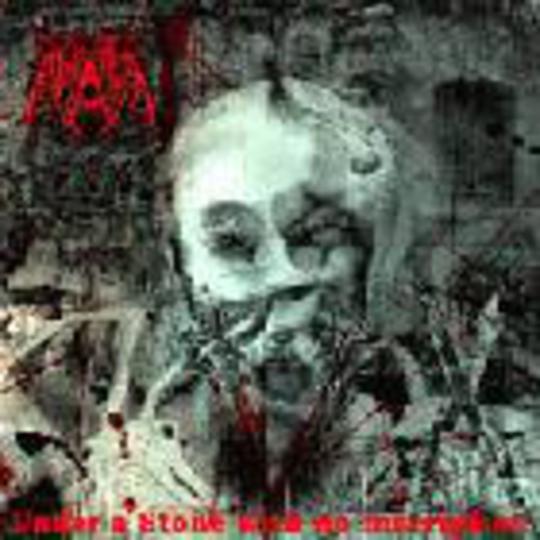 Intense, unrelenting and laden with the kind of uncontrollable runaway riffwork that continually batters you into a near-unconscious state through a web of scorching death metal malevolence, *Anata *are a truly frightening prospect. Seemingly on a mission to destroy all limitations ever imposed on the genre, they create an immense aural blitzkrieg with more depth and complexity than you can shake a bullet-studded wrist-band at.

Spearheading this never-ending maze of guitar lines is guitarist Andreas Allenmark, who sweeps away any less competent guitarists in the scene with the most virtuoso of acrobatic fret-wizardry. Vocalist/guitarist Fredrik Schälin also implements a refreshingly sussed technicality that is nothing short of mesmerising above a virulent bed of death metal-isms. It’s an approach that far from swamps you with sloppy riffs, instead allowing a playfully adventurous side to the band to creep in through the likes of _‘Entropy Within’ _and _‘The Drowning’ _in particular, the band entering the unchartered realms of melodic improvisation that few such acts ever feel comfortable in.

It all results in a record that’s making me feel breathless even trying to understand it. _‘Under A Stone With No Inscription’ _is a sprawling labyrinth of free-flowing, effortlessly executed brutality that sets the pace for any self-respecting complex metal band to follow.