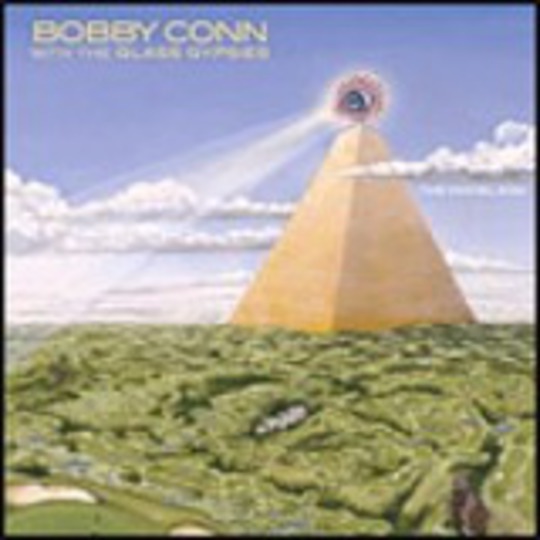 There's no point in a protest record if it's a musical dog's arse. Too many bands and artists have seeked to prop up their lazy, half-formed careers by attempting to strum the pathos of the people at large, ignoring the notion that a musician's main task is, foremost, to be musical; not a guitar-toting equivalent to the confused shambolics who teeter atop the soapbox adjacent to Hyde Park.

Naturally, Bobby Conn, idiosyncratic oddball native of Chicago, would tell you that 'The Homeland' is not an outright protest record, merely an observational record that notes the state that is country is in. But don't listen to him; it is a protest record. How could an LP that comments on the state of nation not be?

Previously and currently, Conn has enjoyed celebrity outsider status; a cult of name if not sales; thousands nod to his moniker, but fewer could produce record receipts. It would be fair enough if this was the record that upped the Switch-swiping action, for 'The Homelands' is worthy of a bigger audience than the readers of the uberstyle glossies.

This record is the sort of album a young Bowie might record if he was thrust headfirst into the 21st century (note Conn's cabaret clown performance outfits); eclectic, catchy, very stylish and with a good dollop of cheeky winkage thrown in, Conn's fourth longplayer proper combines slinky disco ('_Cashing Objections'), glam stomping, Van Halen rock ('The Style I Need_')and piano balladry ('Home Sweet Home') to great effect. All whilst at the same time throwing in enough acerbic comments to slice apart the most tin-hearted of fools. Opener 'We Come In Peace' swoons along in a harmonic pop style but opens with the line "_We are your friends/we come in peace/we brought out guns to set you free_". The Storming Ziggy Stardust piano romp of 'We're Taking Over The World' could only be a less veiled comment on American consumerism if it was entitled 'Clear Channel Are Bastards', and the third person characterisation that is the sex-bastard Prince disco hump of 'Relax' probably has the subtitle of 'I'm George And I'm Going to Screw You So Hard It's Not Even Funny' hanging around somewhere.

Which is all well and good, and funny and cool. But if it's not a good record in the tunefest department, then there's no point. Thankfully with Big Bobby Conn, there's one hell of a point. And combine good thoughts and razor wir with a great record and baby, you've got gold.