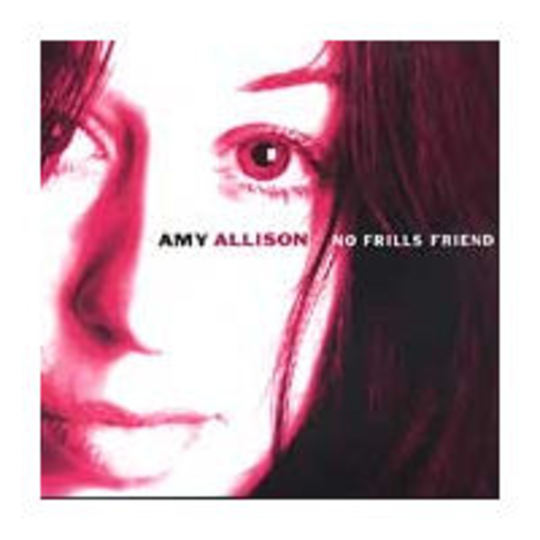 Amy Allison first caught the attention of the British public with the sheer quality of her act when opening for New York neighbour Laura Cantrell on her tour last year. Anyone taken in enough to track down this album won’t fail to be impressed.

Country music is enjoying arguably its most creatively successful renaissance not as a new alternative “movement” but in what could be said to be the true Johnny Cash tradition of determined individualism and authenticity, of which the likes of Allison are fulsomely endowed.

‘No Frills Friend’ is a vocally driven record dripping with melodic richness. The subtle orchestration of songs like opener ‘What’s the Deal?’ and the glittering ‘Pretty Things to Buy’ gently give way throughout to the more threadbare guitars of the sweeping title track and the strikingly downbeat ‘Say it Isn’t So’, allowing Allison’s distinctive nasal lilt to weave classic threads of heartfelt melody and songwriting ingenuity that unravel accomplishedly one into the next. ‘Baby You’re the One’, glowing with handclaps and rhythm, is a sheer delight and along with the lyrically luscious duet ‘Moonlight on the Mountains’ marks the album’s beguiling height in melodic richness.

Another elite modern artist to emerge out of the rich soil of authentic country music, Allison’s third effort is a delicacy to be admired. A melancholically thrilling and richly emotional album that fully unbiases Mose’s claims that she’s his favourite singer. Why not?

There's Always Room On The Broom