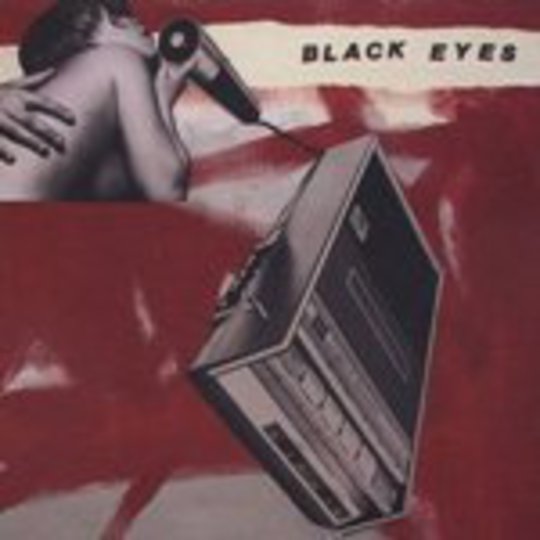 It may have slipped under the DiS radar when it was released back in April, but this is one album you have to hear. Any preconceptions you may have of DC punk are going to be laid to rest in a matter of minutes. Black Eyes don’t so much piss over the traditional harDCore sound, as flutter their eyes at it, invite it back to theirs for some nookie, and then cave its head in with a claw hammer before skull-fucking it. Welcome, ladies and gentlemen, to the sound of the future.

And the future is GOOD. The future wears tap shoes and sequinned spandex hot pants, maybe. The future makes a sound like Les Savy Fav and Liars making whoopee at a Roman toga party. Milemarker might show up too, but they'd be crashing. The future is five guys from over there who want over here to move to their tune by their rules, only they don’t have any rules. In this future, anything goes. ‘Black Eyes’ is like every decent post-punk album ever distilled into one potent tonic, and it fucking rules, damn it. If you don’t prance about your bedroom like a camp-as-fuck Red Indian doing a rain dance to ‘Pack Of Wolves’ and ‘On The Sacred Side’, then fella, you ain’t got no feet.

Find some feet. Buy this. Party on down.