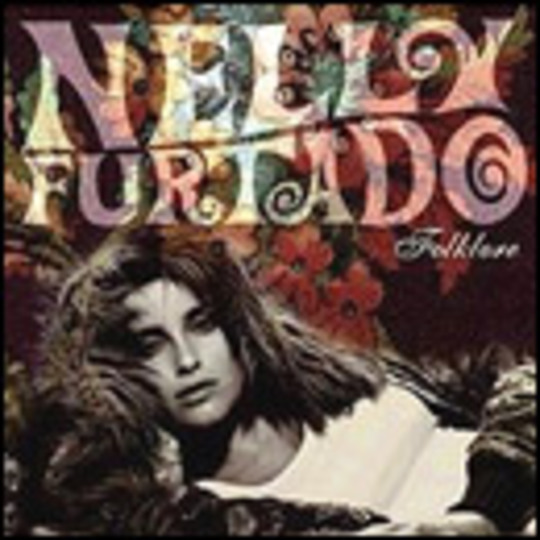 Do you know what it's been like trying to write this Nelly Furtado review? Do you? I've got flu, I'm having to move house, and I've had to listen to Furtado's latest offering, Folklore, in an effort to sound like I know what I'm talking about. I know you DIS readers probably couldn't give a toss about the problems of someone you haven't met before, but hell, after listening to Nelly Furtado complain repeatedly for the last couple of days, I don't care. You're gonna hear it anyway. I had to.

See, thing is, a couple of years ago, Furtado brought out an album that received some pretty favourable reviews, won a couple of award nominations, spawned two massive hits, garnered her international attention and sold millions of copies. You'd think that she'd be happy with such a massive success, but no, old Nelly seems to have taken this as some sort of insult. As far as she's concerned, this means the critics and the record buying public were trying to pigeonhole her and she didn't like that at all, you bastards!

This is one of the reasons that there's nothing on 'Folklore' that comes anywhere near the catchiness of anything off her debut. It also may explain why this album has far more World Beat influences crammed into it than the last time.

I don't know if you listened to 'Whoah Nelly', but if you did you'll remember that on it Furtado had a penchant for grafting Brazilian and Portuguese musical influences onto catchy, hook-laden songs sporting a variety of reggae and hip-hop tinged beats. It wasn't what you'd call groundbreaking, but it went some way towards setting her apart from manufactured pop.

On 'Folklore', however, this technique sounds forced. It's almost as though Furtado thinks that by firmly establishing her Latino credentials, she'd undo the horrible damage she did by, Shock! Horror!, selling loads of albums.

To be quite fair, sometimes this musical approach works at times; '_One-trick Pony_', uses a guitar, a violin and then a banjo to push the melody over a supple bass line with tinkly effects; 'Powerless (Say What You Want)' brings back the banjo over a Eastern-tinged melody line and lazy break beats.

However, in other spots, Furtado's lofty ambitions trip her up, and you're left with piffle like 'Try' (pure acoustic filler) and '_Fresh Off The Boat_' (choppy synth-pop with the odd record scratch that gets more and more annoying with repeated listens). Lyrically, aside from slaps at people's preconceptions of her, and throwing her lot in with her Portuguese roots, Furtado's stuck in love clichéville.

It all falls apart in 'Island Of Wonder', a track which should never have been inflicted on the buying public. Over programmed handclaps and a melody line that sounds like it was ripped off from a sluggish Eurovision Song Contest entry, Furtado delivers some of the worst lyrics of the entire year. "_But the smile is bigger than the Atlantic Sea/And it happens to bring out the Atlantis in me_". Yeah, right!

After listening to this album six times, I can't write the words 'deserves effort for diversity' or 'challenges her fans to keep up with her' without wanting to set fire to myself. So Furtado can two points; she gets one for refusing to produce a carbon copy of her last album, and another for exhibiting a bit more musical imagination than her contemporaries while doing so. She can have one more point if she helps me move house at the end of this week, and brings round something to help with my flu.