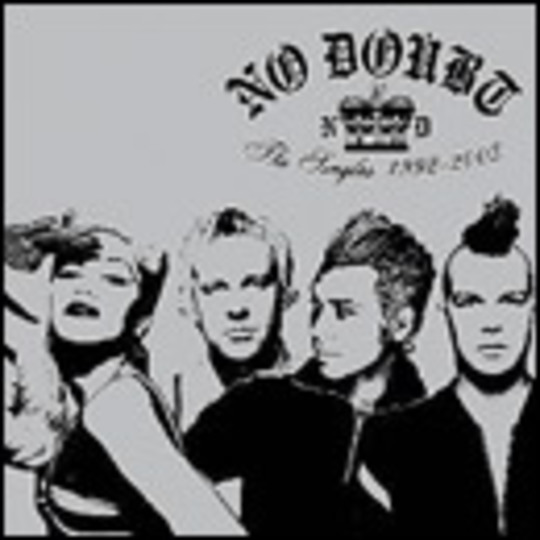 Christmas time approaches, kiddies, and with it come the release of that most loathed of all festive cash-ins - the Greatest Hits album. Joining the ranks of bands in search of Yuletide lucre (REM and Tori Amos are out of the gate and running), is No Doubt, and to help you decide whether you should buy their singles collection, I've prepared you a fun questionnaire.

At this stage, I refuse to believe there's anyone reading this who has never heard No Doubt. If this is the case, you've either been locked in an isolation ward since 1993, or you're suffering from amnesia and can't remember when MTV and every radio station in the First World played 'Don't Speak' a bajillion times until many of us howled for mercy.

*Okay, I remember. So what's on their singles collection? *

It's pretty comprehensive. All the major hits are here with a couple of new tracks thrown in for good measure. You've got five songs from 'Tragic Kingdom', four from both 'Return of Saturn' and 'Rock Steady', and one off the band's debut. You've probably heard most of them. I guess the real challenge would be remembering which outfit Gwen Stefani was wearing in the video for each number.

Well, for one thing it's a testament to just what a genre-bending band No Doubt is. Over the last ten years they've roped in everything from ska-rock, Jamaican dance hall, electro pop reggae, to power ballads and pop-punk. But they've never managed to blend any of these elements into a sound they could claim as their own beyond the ska-pop-punk concoction they shot to stardom on with Tragic Kingdom. They came close to breaking away from this on 'Rock Steady', as the cuts from that album clearly illustrate, but whether or not this was part of a dramatic attempt at reinvention, or just Gwen and the boys having some fun, is unclear.

What's you're problem with this band, man?

Since you asked, they're just too safe. The closest this band came to getting into my record collection was with their pogo-friendly slap at patriarchy '_Just A Girl'. Yeah, they have hooks, and there are some great tunes here. 'Trapped In A Box_' sounds like ska-dancehall, with Stefani turning in a world-class warble; 'Underneath It All' is lazy reggae-tinged pool-side music for the summer. But for the most part, this band is overproduced and sounds tailor-made for all-hit radio, in the worst possible way.

Good question. After all, No Doubt have only ever released five albums. If you're a fan you probably own most of the songs on here already, and the new tracks offered as bait aren't up to much, really. You've got an unimaginative cover of Talk Talk's 'It's My Life', a naff dance remix of 'Hey Baby', and a rather thin acoustic version of 'Underneath It All'. Yawn!

Are you someone who kind of, sort of, not sure if they do or not, maybe likes this band, but never bought anything by them? No? Neither am I. If you know someone who is, buy it for them. And then slap them.