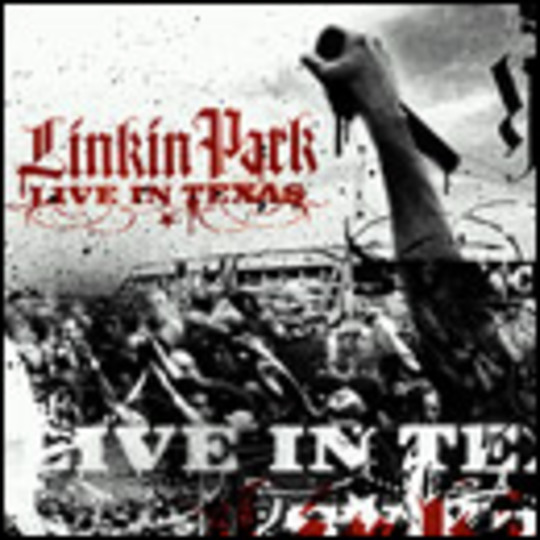 Following on from their attack of the clones second album, Linkin Park have returned to bother the kids with a live CD & DVD set ?and it is everything you would expect.

'Live In Texas' is a dreadful, dreadful record. Normally, you'd think that away from the studio, a rock band would come into its own, but for the boys from LA, being outside of what appears to be their natural home leads to asphyxiation, paralysis and ultimate death. Given the way that this CD lumpenly drags its crippled frame across the stage heaving itself through a bone-dry set of meaningless anthems, it appears that their demise is both imminent and not a moment too soon.

The problem is (apart from the inherent dreadfulness that resides within the band) is that the Park's songs really all do sound the same; '_Somewhere I Belong' and 'Crawling_' are nearly identical and it's quite feasible that the band are, as we speak, gearing up for a lawsuit whereby they sue each other collectively, claiming that they've ripped themselves off. The morbidly awful formula of the songs (tinkly 'electronica' intro, heavy guitars, MC breakdown, sudden stop) is repeated ad infinitum and creates a circular sense of déjà vu, operating at three-minute intervals.

Paradoxically, Linkin Park's best song is also the tune that highlights the band's innate problem; 'In The End''s refrain of "_I tried so hard/And got so far/But in the end/It doesn't even matter_" hits the nail square on the head: Despite their lofty, stadium-playing status in the music world, Linkin Park are utterly pointless and completely inconsequential. Quicker than the blinking eye, they will be gone and their only legacy will be some half-remembered stories about on-stage vomiting and a big pair of shorts.