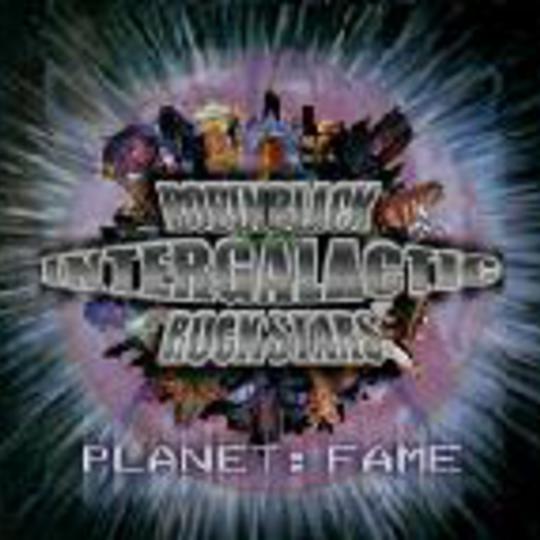 If you’re at all familiar with the kind of androgynous glam rock recently pioneered by the likes of Rachel Stamp and King Adora, song titles like ‘More Effeminate Than You’ and ‘Teenage Sex’ will send you reasonably accurate signals.

Where Robin Black and his ridiculously titled Intergalactic Rock Stars differ from the above-mentioned is a slightly fragile edge that the discerning listener will detect beneath all the loud guitars and girly squealing. Robin Black’s vocals are effeminate, but not in the same cold and bitchy way as, say, David Ryder Prangley’s. His saccharine tones may irritate those who are so inclined, but because of the unashamedly superficial nature of the record - the often-amusing lyrics are refreshingly self-mocking rather than falling into the trap of taking themselves seriously - this actually seems oddly appropriate.

‘Planet: Fame’ is essentially a record of party music. Every song is hit material, with instantly memorable choruses, a mildly endearing vocal style and the kind of guitars that make me want to pour as much alcohol as possible down my throat, then go and throw myself into other people. What this means, of course, is that the record lacks depth. Any gestures towards a variation in dynamics – such as the twee ballad, ‘Take Myself Away’ – invariably fail, but fortunately these moments are few and far between. For the most part, it’s straight-ahead, loud, party glam rock that would make a perfect prologue to a night out.