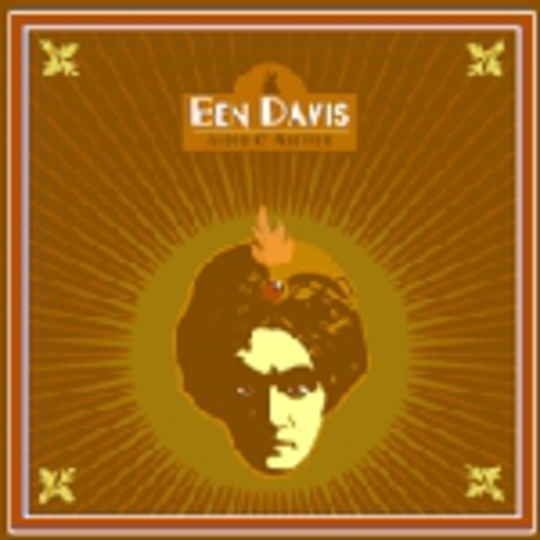 In the play 'The Twelfth Night', William Shakespeare said 'If music be the food of love, play on'. After hearing this album, it should be re-written to 'If music be the food of love, then the Ben Davis album is Romeo going to rescue Juliet with a rose between his teeth, reservations to go and see Phantom Of The Opera in the royal box having learned the poetry of Wordsworth for her and with a box of Milk Tray under his arm!'

With a reputation steeped in the hardcore scene associated with DC, it is not so much as a surprise that the bassist of The Sleepytime Trio has produced the most beautiful album of the year, more of a shock that normally only lifers on Death Row can expect to receive.

Starting things off with 'Departure Warning', the scene is set and you are hooked. The piano which could be lifted from Ben Folds tinkling away before Ben starts lamenting in his entrancing softly spoken tones, a little like the BF5 track 'Brick' yet even more fragile. As the album progresses you can see more and more of the best parts being modified and melded from some of the greatest bands I have ever heard and made into one special album. Songs such as 'One And Played' (download the full MP3 from here) could have been written by George Harrison in what can only be described as the musical equivalent of walking through a dreamscape. 'Underdawg' is almost jazz like with the discordant guitar riffs and almost jazz like drumming before coming on like a rocking out lounge version of The Beach Boys. Throughout the album, high-points are in abundance with the haunting fun fair rhythms of 'Fairfisa Visa', the slightly edgy but super-catchy guitaring in 'Time a Bind' right to the uptempo clap-a-long of 'A Forced Escape Canoe' in a vein a-la The New Pornographers.

Aided by a varied and talented cast with this solo project (including various members of Denali, Des Ark & Engine Down collaborating along with enough other artists to rival the standard rap album) Ben Davis has created an album that should become the equivalent of 'Pet Sounds' for the 21st century over time and a real contender for the album of 2003 in my humble opinion but will probably go as an unheard gem by the masses as it won't receive the airplay it deserves or be played on MTV2, Kerrang! or even VH1... seems like it is not just the revolution that will not be televised!