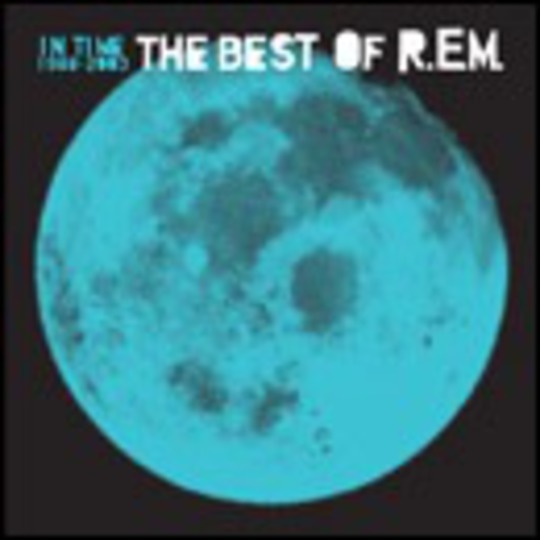 Best of's are funny old things indeed. Half the time they're released too early, prompting a second cash-cow outing later on, and the other half of the time they're ill thought-out, failing to sum up an artist's career and lazily slip into the 'radio hits' category rather than offer a true indication of their best work.

And as the summer becomes a distant memory and record companies search for the festive cash cow (turkey), it's time for another set of discs to eek out the remains of a band's career. Here are four that may interest you;

'In Time: The Best Of REM' is a long overdue summation of the band's time on the Warner Bros. label. Covering the group's best-known work and unsurprisingly concentrating on the mega selling 'Out Of Time' and 'Automatic For The People' LPs, it's largely a swift run through of the trio's singles with a couple of non-album tracks ('All The Right Friends', 'The Great Beyond') and newies ('Bad Day', 'Animal') thrown in. The whole album sits together well in a pop ballad/anthem style, but for keener REM fans, it's a fairly under-nourishing affair. Rather than offer a second disc of acoustic tracks and b-sides for the train spotters (who'll have them anyway), a double album including tracks like 'Drive', '_Country Feedback', 'You Are The Everything', 'I'll Take The Rain_', 'Pop Song 89', 'Be Mine' and 'Sad Professor', would have been far more satisfactory all round. Still, there's so much quality on the album, that it would be churlish to give it less than a 4/5.

'Suede: The Singles' is, as it says on the packet, all the band's singles nicely shoehorned onto one CD. The story of Suede is an easy one; they used to be great, and now they're merely passable. At best. Therefore, half this of collection of songs (peaking somewhere halfway through third album '_Coming Up' are magnificent and majestic ('New Generation', 'Animal Nitrate_', 'Stay Together'), strutting like a smacked-up peacock, whilst the other half range between average ('Electricity') and terrible ('Attitude'). Annoyingly, the songs are not chronologically arranged, although in this world of ipods and CD players, the skip button is always handily placed. DiS recommends you buy the band's first two albums and top it off with the unimpeachable '_Sci Fi Lullabies_' collection. Still, it's well worth a 3/5.

'Let's Make This Precious: The Best Of Dexys Midnight Runners' is a collection of the glorious soul pop of Kevin Rowland's ideologically fearsome young soul rebels. It's a great overview of one of the most underrated bands of the last twenty years. Like a proper best of, it contains the obvious