One Man And His Droid 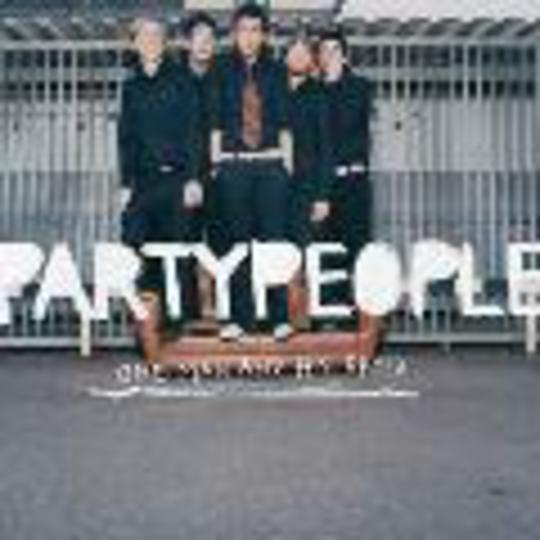 Europe's Defiance Records have a great track record of releasing fine tunes - some examples being the Get Up Kids, Hot Water Music and the ** Copperpot Journals. If they ever released a **Garrison record, it would

probably sound like Germany's One Man And His Droid.

'Party People' (sung in English, by the way) sits somewhere around the middle of the post-hardcore spectrum; not quite as urgent or anthemic as Thursday, and yet not as hardcore as* Stretch Arm Strong*.

It's more arty and passionate than a lot of the crap coming over from America, and just as tuneful, with big choruses aplenty, and jangling guitars, somewhat similar to Burning Airlines, or even Teenage Fanclub, had they been pro wrestlers.

with an energetic vocal performance shining through more here than on their previous effort, 'Ou Est Le Magnetophone?'. Riffs and hooks figure in a big way, and OMAHD deliver the goods in a tight, brilliantly executed manner, sounding something like the Foo Fighters battling against Fugazi. A slow-burning, electronic song would have been ill-advised, but, rather than falling flat on their arses, OMAHD show some impressive verve and style, in combining atmospheric samples with **Promise Ring**-style melodies.

On top of showing the Americans how it can be done without using sickly-sweet sentiments, and rocking reasonably hard at the same time, 'Partypeople' is the record which may take OMAHD to bigger audiences. It's unlikely they'll be the next big thing, but this may stick a motor on the back of the flagging post-hardcore boat.

Living With Other People