Armee De L'air (From The Known To The Unknown) 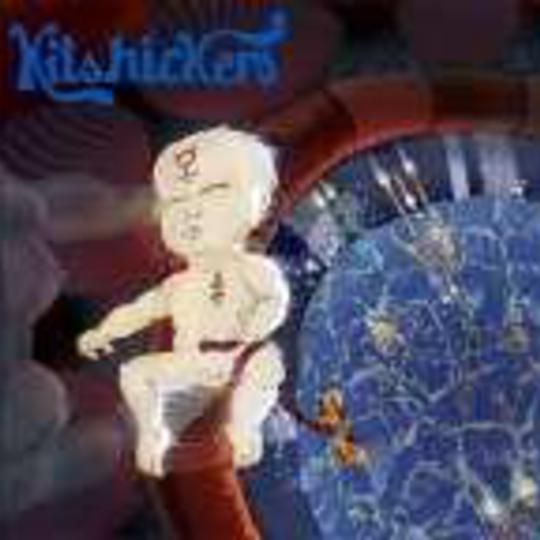 As DiS has grown, some bands have grown along with us. In the early days, I reviewed a small unsigned band from Luxembourg called the Kitshickers and now 3 years on they have supported Linkin Park & King Prawn, have got signed to an indie label in Benelux and have released their 3rd album. So, what stage are they at now?

From sounding like a mainland European Nirvana they have now progressed dramatically mixing the best parts of British indie rock bands such as old school Idlewild & new bloods Dive Dive & Serafin & post-math-emo-rock (or whatever the hell you want to call it) such as Ships A Goin' Down while still maintaining a very distinct sound of their own (however, how much of this is due to the vocals of singer Gilles is open to debate.)

Opening with an un-named instrumental track, the bands new signal of intent is clearly evident. Gone are the 3 chord riffs and replaced with discordant guitar riffs and tinny drumming at the fore before bringing the whole song back down again to something much more gentle and calming before elevating back up to a crescendo again before seamlessly going in to second track 'Never Again'

Standout tracks include 'Tic Toc' with its simplistic bassline and subtle build up before bringing on the noise in the best possible way. However it is not all out wailing & rocking like the proverbial banshee. It is restrained, teasing, progressive and as the track continues, the more you expect. Also, credit goes to 'Project Codename W' returning the band to their punk-rock roots and having an intro that makes Georgedubyah (that's Mr. George W. Bush to you and me) look a dick into the process (as if he needs help!) which always gets a thumbs up.

Sadly, as ever there is still some nagging doubts as there has been with the last two albums and the major one is consistency. The band can pull out 2 or 3 cracking songs and then one just lets it all down and you remember that when push comes to shove, this is a small band from Luxembourg and not the potential underground trendsetters they undoubtedly have the potential to be.

In all, 'Armee De L'air' is a real progression for the band. Their music has evolved over the past 3 years with the vocals being cut back and the Seattle leased riffs put out to pasture making way for a much more epic and grandiose sound which can only be a good thing and may they continue to progress because if nothing else, their homeland deserves to hear them on a much greater scale.