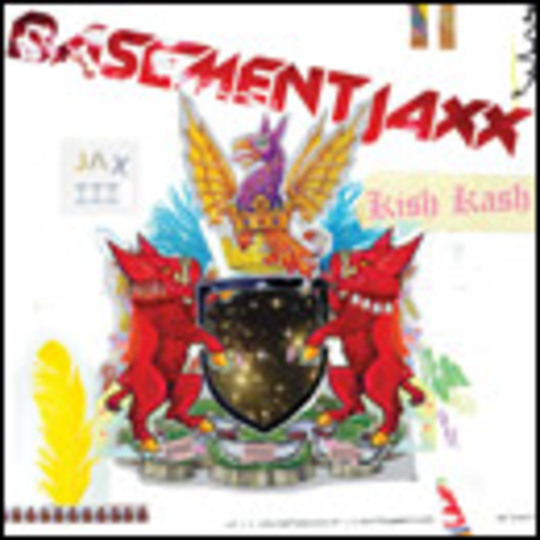 Basement Jaxx albums have always been eclectic affairs; a bit of ragga, a bit of pop, the energy of punk - combined elements that made the band so initially exciting.

Sadly, the correct tense is 'made', because their latest offering 'Kish Kash', whilst still suitably eclectic, struggles to offer the same level of excitement that previous Jaxx albums provided.

It starts off well: 'Good Luck' has all the elements of a classic track by the Brixton duo, containing lurching basslines and stabbing synths, with the newly added element of strings; an ingredient that usually screams ‘pretentiousness' but in the Jaxx's hands proves otherwise. 'Right Here's the Spot' too, is stormingly typical of them, and is a song that could've sat easily on previous album 'Remedy'. Throw in single 'Lucky Star', (the album's highlight) which is five minutes of Arabic techno rap mayhem and it's so far so good. After that, however, things go somewhat awry. Both 'Supersonic' and 'If I Ever Recover' are dreary fillers, comprising of four-four beats and grating vocals, whilst 'Hot and Cold' sees Felix Buxton take on vocal duties to create what's akin to a badly mangled Prince number...

There are a few more glimmers of an upturn in the shape of 'Tonight' and 'Cish Cash', but those aside, 'Kish Kash' is only half a good album, and at this stage in their career, Basement Jaxx really needed to deliver a classic album.