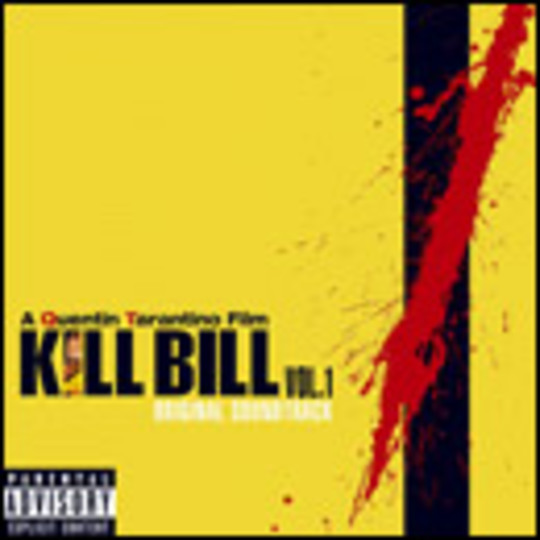 Tarantino got lucky twice – Reservoir Dogs and Pulp Fiction both spawned soundtrack records that almost surpassed the films themselves. Lightning didn’t strike a third time though – Jackie Brown was a relative flop. This time he’s been a little craftier, electing not to put all his eggs in one basket. Two films – hence the Vol. 1 – equals two soundtrack records, the first of which is, well, okay.

Soundtracks of this nature, where the songs are chosen by director rather than some executive at the production company’s sister record label, are obviously flawed from the outset – some, if not all, tracks are only going to work when paired with the appropriate visuals. The teasers for the “kick-ass kung-fu revenge flick” (so say Uncut) look exciting for sure, but much of the music is limp in comparison. Nancy Sinatra’s ‘Bang Bang (My Baby Shot Me Down)’ is a suitably vengeful opener, and Isaac Hayes delivers some welcome soulful funk on ‘Run Fay Run’, but some typically oriental-themed nonsense from The RZA fails to match anything the man’s done for the Wu-Tang Clan, and sits uneasily on a record comprised mostly of older offerings and random soundbites. A handful of tracks are instantly recognisable from other films and television shows – Al Hirt’s ‘Green Hornet’ and Luis Bacalov’s ‘The Grand Duel (Parte Prima)’ being the most instantaneously obvious – but their worth outside of the context of the film is debatable. Being a Tarantino movie there are a couple of predictable dialogue excerpts, the best of which is Lucy Lui’s obscenity-filled delivery to the Crime Council – not one for your mum. Alas, the impact of her speech generally isn’t matched by the music that surrounds it, so whilst Kill Bill may well prove to be a brilliant film, its soundtrack would be better off staying on_ screen. This is Tarantino after all, and, quite frankly, okay_ isn't what we've come to expect.

Everything Is Beautiful When You Don't Look Down