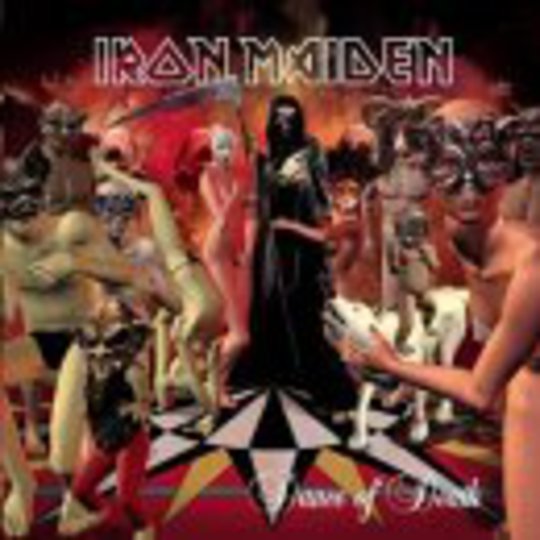 It's become something of a tradition to praise any new Maiden album to high heaven, and royally slag its predecessor (which was, of course, praised to high heaven when it came out). So, in keeping with tradition, 'Dance of Death'* is an improvement. 2000's * was neither brave nor new; the long songs were too long and the short ones were crap.

Which is odd, because this time round it's the (relatively) short songs that stand out. 'New Frontier', drummer Nicko McBrain's sole songwriting contribution to the Iron Maiden canon, is a surprisingly tuneful and hard rocking number, probably the closest you'll find to classic Maiden in recent years. And I swear there's a hit single somewhere in 'Age of Innocence', if you shave a couple of minutes off. 'Wildest Dreams' and 'Rainmaker' are standard mid-tempo fodder, based around big choruses and cute widdly bits. 'Montsegur', on the other hand, plumps for pure heaviness, and succeeds admirably. It's encouraging to see an increased input from guitarists Dave Murray and Janick Gers - by far the most forward-looking writers in the band, and improving with every attempt.

The longer tracks are just tired, though - 'No More Lies' is Steve Harris on autopilot, and 'Paschendale' is Adrian Smith having borrowed Steve's autopilot. They're both introspective plodders, with lyrics that either don't rhyme or do rhyme but in a really crap way. Even the solos sound unimaginative. Worse still is the title track - eight-and-a-half minutes of tedium and cliché interrupted by bad Riverdance impressions which really puncture the dark mood the song is trying to conjure up. It's different, but not in a good way. Closer 'Journeyman' is more successful, continuing the Jethro Tull tribute adventures that were 'Brave New World'**'s sole innovation, but it's still lagging way behind Maiden's best.

They tried, though. For the first time in a decade, it feels like Iron Maiden are moving forward.