Kick Up The Fire And Let The Flames Break Loose 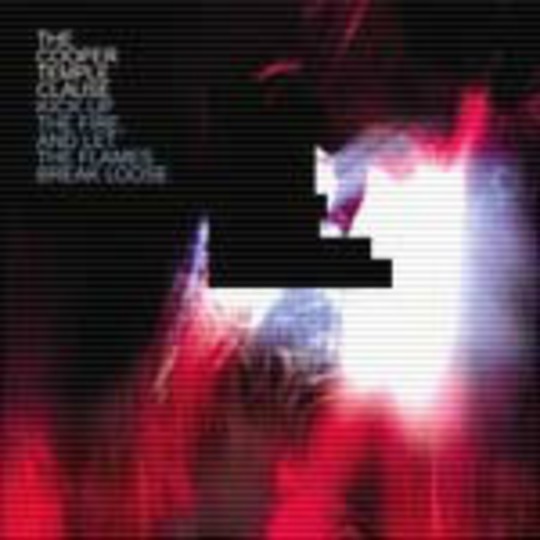 Crazy insane or insane crazy; the carb-free, shit-splitting electro-prog world of The Cooper Temple Clause had been burning up Britain’s rock circuit long before the embers of Kick Up The Fire And Let The Flames Break Loose began charring up. Amidst tales of Japanese snake drinks, pig-farm excess and pitched stage battles, the urgency, diversity and indeed frivolity needed for a classic record has surely been theirs for the taking. But that, as they say, would be too easy.

Where the great nineties indie prog albums slewed their way through grandiosity (Ladies And Gentlemen, Dog Man Star), raucous pomposity (Six), and startling beauty (OK Computer), Kick Up The Fire…, like its predecessor, is a violent mish-mash of ideas and threads. United under themes of seclusion, retaliation and cold relationships, splatterred with a blast of poetic metaphors (and a re-appearance of the word 'tricks', too), they've been throwing more stuff at the wall to see what sticks.

Revisiting ‘Murder Song’'s emotional impact for opener ‘The Same Mistakes’, they embark on the record with a jarring, soulfully dour ballad; gripped by an insightfully building rhythm behind it. Melodically though, it lacks the impact that’s dispelled by pure force of everything kicking in. Similarly, penultimate track, ‘Music Box’ – seemingly an ode to the band’s new studio – wanders indulgently around a jazzy underlay, sprinkled with wistful electronica. It fires up with Wall of China guitars for the latter half, but still lacks the grappling hooks that made ‘Murder Song’ such a great tune. Potentially the album's finest hour, the Coopers' fascination with bomblast theatrics are marred by vapid remains. It's brooding and indeed blistering, but not as good as it should be.

Live, they’re at they're best when channelling their energies, and this is the same on record. Hence, ‘Promises, Promises’, full of vitriolic RAGE and ‘A.I.M.’ – ‘The Lake’ Mk.II are immediate standouts. Though Ben Gautrey's voice lacks any warm sensitivity, when fired up with the kind of apocalyptic chorus that 'New Toys' possesses this doesn't matter. 'Talking To A Brick Wall' - the album's 'Who Needs Enemies?' - allows him also to fully realise what he does best. It tip-toes around with an innevitable twist, flattening small countries when it reaches its crescendo. The sampling and contourted rhythms really add a lot to many of the songs. It's miles away from the record's finale, and standout, 'Written Apology'. It builds and shuffles, eyeing up the synths and bleeps before contorting into 'Idioteque' (off Kid A).

As a record, it runs in two distinct halves. The first, 'rockier' half; full of riffs to break bar-stools too, and choruslines to pretend you too, are Eric Cartman rubbing your balls with sandpaper; (Gautrey's lost none of his grit), and the spacey, 'weirder' half. Where Radiohead would decide on their funny time signature before writing a song round it, Kick Up The Fire... flexes its electronica and trippy, often indie-dustrial fusion of beats and ideas around their currrent style. It's different without being aggravating and intelligent without ever being overbearing.

Most surprisingly, there's no impression of them having tried too hard to veer off into the realms of indie experimentalism. 'Kick Up The Fire...' is still The Cooper Temple Clause work in progress, but despite the often, still blatant, referencing it's a record of temendously bleak wonder. They've side-stepped the problem of following up 'See This Through And Leave' by shifting the playing field to fit their own brand of twisted techno. As Larkin (who's poetry named this album) himself said: 'It's an audacious, purifying, elemental move.' Let's see if they can take the heat.