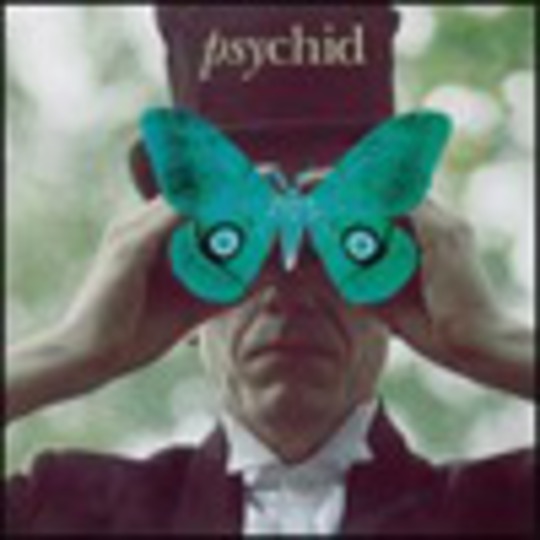 Oxford. It's a rum old place that over the last few years has brought us the mighty MBiCR, that five-piece who do that Creep song, the visceral Winnebago Deal and a bubbling underbelly of excellent bands largely viewable at last week's Truck festival. However, eschewing notions of vibrant and exciting music, we have in front of us the shrill indie traditionalists that comprise Psychid.

Don't let the smatterings of electronica and the well-placed strings and horns that make brief unobtrusive visits deceive you; Psychid are very much firmly squelched in the mud of mainstream Camden indie holes. And sadly for them, it's not particularly great indie either; there are too many slow-burning, unforceful songs that skim the psyche rather than crash land and bury themselves into your skull like moles on crack. Too many songs are aborted takeoffs, briefly hovering in the air before settling back down to earth, grounded by their own sense of averageness.

A perfect example is 'Moonshine'; it begins as one of the album's better tracks, offering something a bit more experimental than the frequently-offered mid-Suede clout with its gentle, Magnet-esque sampled drums and treated guitars. It's good, it has potential, but before you can say 'don't know how to end this one', it falls on its own sword in a bout of tortured middling pomp rock. Psychid seem unable to shake off the shadow of nineties indie rock, and it's hurting them. Forthcoming single 'Digging For Victory' too, starts well, sounding like an eighties Beck before falling back on another set Camden failsafe rock chords.

Frustratingly, there are some good tracks on the band's eponymously-titled album, and things improve markedly in the second half; 'Jezebel' sounds like a noir version of Keane, but with added rock, and the twisting, eastern-influenced 'Field Day' is almost excellent.

The album is similarly hampered by its lack of cohesiveness, sounding rather like a collection of tracks than a focused, complimenting set of songs. The perception of an ill-fitted album is not helped by the cut-n-shut nature of some of the songs; good ideas are often turned into safety-net rock-outs halfway through, as if the group lack the conviction to follow their initial ideas through.

It's a shame that after all the musical advances and thrillingly disparate styles we have gotten from the green and pleasant county over the last few years, we're still seeing bands like Psychid throwing themselves to the wolves of mediocrity.