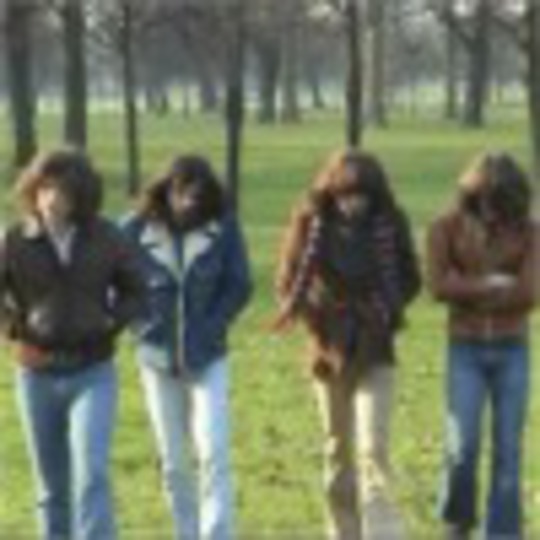 Moving swiftly on from last week’s craze for a late-developed love of The MC5’s and the Nuggets box set, the filthy shit hole that is Camden’s high street is now imbued in the spirit of the Freebird and has taken on the swagger of the home of Stillwater, who surely - for two month’s at least – have become the new Spinal Tap.

And half the reason for North London’s transition to the stetson culture is these guys; Kings Of Leon are the next big thing and have ambled nicely into the hipster mainstream whilst last year’s crop stop to record another album or nurse broken bones. Indeed, the unfortunate tagline of the Southern Strokes doesn’t seem completely off the mark after the first two tracks of ‘Youth & Young Manhood’; ‘Red Morning Light’ which, with its breakneck pace we already know, is complimented by the valedictory charge of ‘Happy Alone’, both happy to hurtle along in a pool of measured riffs.

But, for the rest of the first half of the album, things are allowed to all hang out a whole lot more; 'Wasted Time is a looser, more frantic affair, whilst ‘Joe’s Hands’ offers bright, country-flavoured college rock. The most fried effort is the slow, building jam of ‘Trani’ which is the band’s southern upbringings lounging lazily over the fence in a stoned vapour. The precision pop of the cool kids from the city has been jettisoned in favour of ragged heathen rock, and it’s a fairly heady barrel of moonshine.

The second half though, is where it all kicks off and the hype starts to look like it has some grounding. ‘California Waiting’, the stand-out track on the album, is an alluring grunge buzzsaw update of Blondie’s ‘Union City Blue’ but dipped in molasses and left ranting in decade-old dungarees; proof that the band’s oeuvre goes beyond frenetic hits of jagged old-time psyche-billy, even if the song that follows (‘Spiral Staircase’) doesn’t entirely. The stakes are raised higher with the inclusion of the soon-to-be-re-released-‘cos –it’s-really-good ‘Molly’s Chambers’ and album closer ‘Holy Roller Novocaine’.

Themes? Well, the beating filthy heart of the record seems to lie untrustingly beside the lying, cheating bodies of the fairer sex. ‘Red Morning Light’ is a burning tale of hookers – or is it groupies? - and ‘Happy Alone’s title speak for itself. And when they aren’t being all-out damning of those who have burned them, they’re eyeing them with a menacing distrust such as on ‘Dusty’ and ‘Molly’s Chambers’. Troubled men it seems; they should probably go talk to a preacher man.

Bearing in mind that the three Followhills and their cousin are between 17 and 23 each, one wonders what they’ll have to say for the follow-up; for there is scope to improve even on this one; as unsurprisingly, it’s not the be-all and end-all of rock some would have you believe, despite it being largely a greasy-haired Skynryd-slaying victory. Those who tell you that it’s the best debut album of the last ten years though, are most likely snake-oil sellers; a charge that thankfully Kings of Leon themselves avoid, thanks to making an album that rattles and rolls in a most proudly dishonourable fashion.

…and not even a mention of the beards…