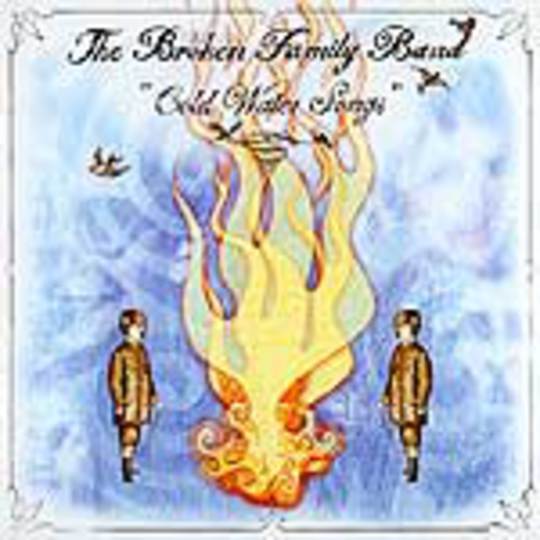 Oddball country-pop from Cambridge, complete with cult following, offer up their first

wimmin, beer, and Beelzebub. In short, with a name like Broken Family Band, it does

exactly as it says on the tin.

The mini-album was great and this is even better. The lyrics can be sharp and amusing one

sweet head"_), to genuinely touching the next. There's also a collaboration with the

Be Good Tanyas' Samantha Parton on 'Devil in the Details', which is a very

sweet tune. Mmm, lovely. Also lovely is the duet with Mary Epworth on _'Nights In The

stomper of long-time live-favourite '(I Don't Have Time To) Mess Around'_, to beautiful

'ditties' like 'Gone Dark', and its secret weapon in the form of straight-ahead

rocker, 'At the Back of the Chapel'; the latter being the song most likely to rope in

The Broken Family Band manage to pull off the singing-in-American-accent thing, so blatantly

getting away with it, by their charm, humour, and unpretentiousness, giving

that American accent a distinctly English voice. A complete gem of an album. And you thought

you hated country music? Think again. I wish I was in the Broken Family Band.

(having said all that, singer Steven Adams asked me to say it sounds like Slayer)