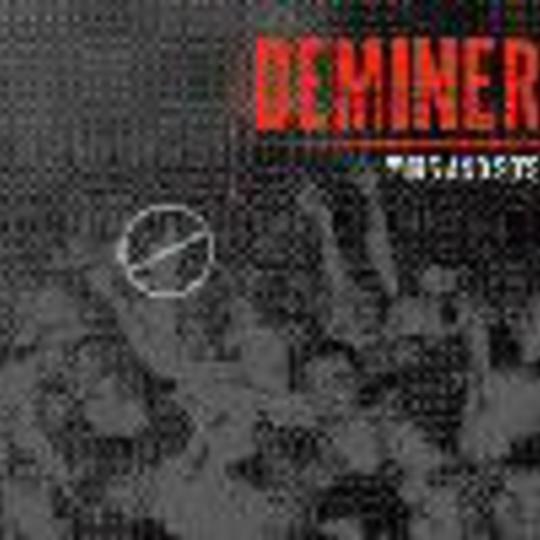 You can’t quite put your finger on it but there’s something about Deminer’s sprawling mid-paced punk that doesn’t quite hit the mark. It’s urgent and packs a punch, but with a drum beat that refuses to change tempo, or indeed its beat (even if skinsman Billy used to drum for acclaimed underground act Haymarket Riot), it becomes increasingly difficult to get your teeth into songs which essentially exert a minimalist pop-rock undertone that could benefit greatly from a more expansive backdrop.

Some of you may be intrigued to learn that vocalist/bassist Miguel Barron used to play with Go Kart’s Horace Pinker *and Fat’s *Armchair Martian, although Armchair’s country-inflected drudgery is thankfully absent from any of the tunes here.

Grant them your attention though and songs such as the wistful ’17 Years’ command your senses through vague Screw 32-style vocals while the competent ‘Strangers’ possesses a rawness more attributable to the likes of Jawbreaker. A Bouncing Souls aroma emanates from their cover of ‘Sellout’ by NYC punk band Kraut, although their take on ‘Just Another Dream’ by The Professionals (a band containing Steve Jones of The Sex Pistols) seems an unnecessary cover to round off an otherwise enjoyable album of competent Chicago punk.

The Files You Have On Me