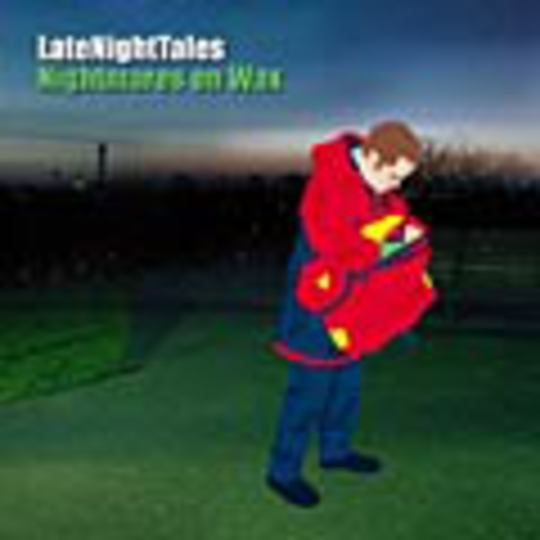 'Late Night Tales' is a collection of songs by your more ‘dance’ artists. It's their favourite songs, music that has inspired them to make music of their own. A bit like you, drunkenly, back at your pad with some mates, playing your favourite tunes... "What do ya mean you don’t like [insert band name here] listen to this!!!" or "I don’t think [insert song title here] is their best song, listen to this, it's so much better!"

This, 'Late Night Tales' by Nightmares on Wax, aka DJ Ease aka George Evelyn, is inspired by hiphopelectrocarbootsoul. There are tracks that have inspired NoW, such as Quinn Jones’s 'Listen (What It Is)', which was sampled in 'Nights Interlude', and tracks which NoW simply love.

Songs jump from genre to genre from the amazing soul of Dusty Springfield’s 'Spooky', to the hip hop of Doctor X’s 'IntergalacticThrowDown' and the ska/reggae tinges of DJ Fietchie’s 'Midnight Marauders'.

The penultimate track is NoW’s cover version of Cymande’s 'Brothers On The Slide' dub, funky yet a song to chill to, a song to wind down a party to.

Finally there is the start of a spoken word piece 'The White City Part One', written by Patrick Neate and read by Brian Blessed, which is continued over the next three CDs (a great way to get people to buy more records!). It makes me feel like my mum, listening to Radio Four dramas - not something I’d expect to see on the end of a dance CD.

An amazing insight into the mind of George Evelyn, though most of the songs are not exactly my cup of tea. If only every band produced a CD like this.