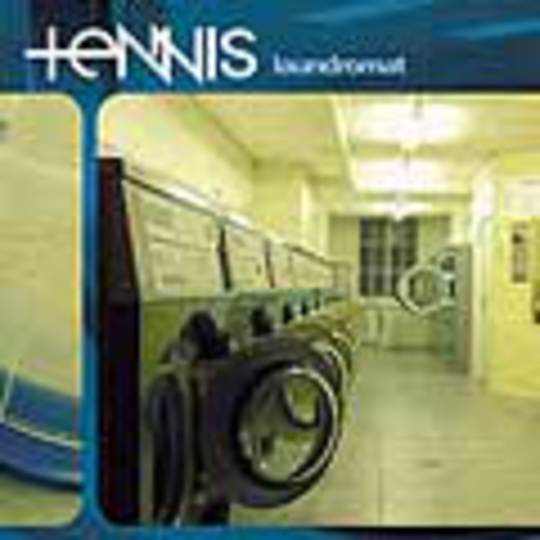 For starters I have to say what a god awful name. Tennis, I mean please... OK game, but band name? It just doesn't cut the mustard, Love 15 or Deuce would be slightly better. The album title also is a bit of a strange one. 'Laundromat', in itself isn't too bad I guess, but it has absolutely no connection to anything on the album apart from a few snap shots in the artwork.

I was hoping my initial negativity towards the name and artwork would be turned around when I pressed play. Sadly, this wasn't to be. In short, Tennis play middle of the road soppy indie rock, nothing more, nothing less. Sure for some strange reason this happens to sell loads of records. A good UK comparison would be Ash - good following and equally as dull and annoying. The thing that really bores me with bands like Tennis and Ash> is the "All girls are evil, I don't understand them, they don't like me, why don't they like me" monotonous drone lyrics. All 8 tracks that make up 'Laundromat' basically explain how lead singer Greg Tuoney, has been shat on in the past by an evil breed of US women and can't quite work out why. Track 3,

Sorry Tennis, had this cd been reviewed by a spotty teen that believes Greenday are the best punk band in the universe, they would probably have said this is the album of the year. Unfortunately for you, it was given to me! So the moral of the story is, if you think Greenday and Ash are the best two punk bands in the universe and you too have been screwed over by an ex-girlfriend in the past, 'Laundromat' is probably the record for you. If not, you may want to carry on browsing through the indie section.

The Hidden Cameras at King's Cross Scala, Islington, Tue 20 May