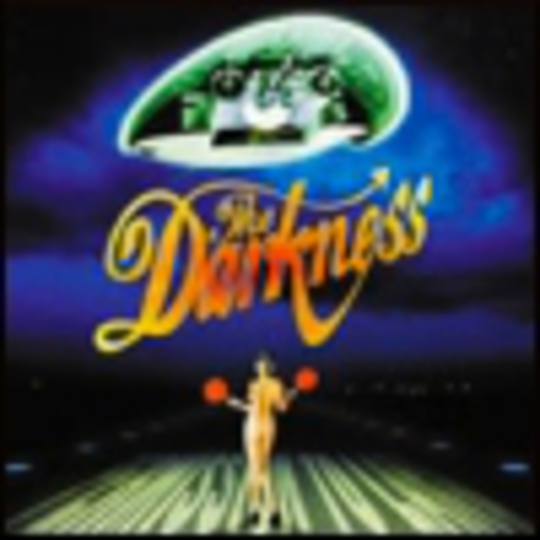 Stop the screaming. It’s getting out of control. The scary man in the leotard is shouting at my friends on CD:UK. He’s calling those Radio One listeners cunts (see: ‘Get Your Hands Off My Woman’ – make note to contact content programmer). Fleet Street called and wondered if Lowestoft was the ‘new’ place to be. So I told them it was and suggested they hurried there quick before they close the gates.

This nearly didn’t happen. Apparently they nearly took away our credentials for not laughing back when DiS caught these scaggy rock n roll outlaws back in the drug pits of west London. We showed them good.

But this is not a joke.

I repeat, this is not a joke…

The Darkness are not the saviours of British rock.

Go find a new iconic squirrel obsessed, STD infested ‘gang’ who like to dance with mister brownstone. The Darkness are a band that will last the course, they will play the final ball when the gong hits midnight. What appeared to be a moment of hysteria, turned into a lifetime of anthems.

‘Permission to Land’ takes all the Hoxton hype and blowholes it into a magnificent ball of purple power fire. It takes the Bowie meets Motley Crue to its logical resting place. Bowie in the sense of post pomp, let’s never think of Berlin again and Motley’s arrogant anthem pop machine without the fat guitarist.

Depending on the ferocity of your previous Darkness purchases you could be disappointed. Bar the aping of the ‘greatest song in the wooorld’ of ‘Black Shuck’, the familiarity of the majority of the rock is bucket gasping. ‘Love On The Rocks With No Ice’ is overrated, ‘Love Is Only A Feeling’ is far more sanctimonious and heartfelt.

We’ll still go dancing on ‘Friday Night’ however my dear catsuit comrade. Joined by the gasps of Justin Hawkins and his mojo. A debut record to alphabetize for years to come.

Just remember one man’s gash is another man’s gonk.

God Love You For a Liar (formerly Plastik)