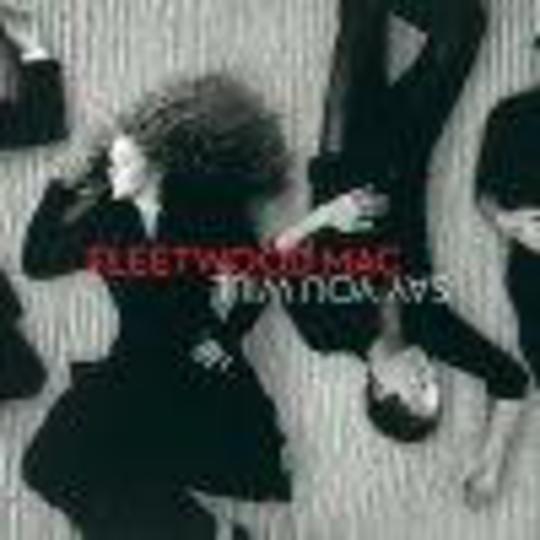 Old Gods nearly dead they may be, but Fleetwood Mac return, not so much to save guitar pop from the quagmire of timidity, homogeny and fear of evolution that it appears happy to flap around in, but to swish swiftly past towards - forever towards - some orange pastel smudge of a Californian sunset, towards the new light-headed, heavy-hearted summer that’s almost upon us and still thinking about tommorow...

‘Say You Will‘ sees them return with their most satisfying album since ‘79’s ‘Tusk‘, fittingly it serves as the perfect follow-up to that misunderstood magnum opus, being, as it is, similarly diverse, ambitious and expansive.

The intervening years has seen them release two glossy, glassy [very] ’80s albums: the first, ’82's ’Mirage’ suffered from musical lynchpin, Lindsey Buckingham, being on auto-pilot after being blamed for ’Tusk’s relative critical and commercial disappointment, and then the band’s focal point, Stevie Nicks being out to lunch during the recording of ’87’s ’Tango In The Night’ (lunch which mainly consisted of tranquillisers powerful enough to stop Jupiter in its tracks). And the least said about the two musically negligible ‘90s albums the better.

What makes ‘Say You Will‘ so special is that Buckingham and Nicks, the two volatile, quixotic genii at the heart of Fleetwood Mac’s classic triumvirate of the ‘70s: ‘Fleetwood Mac‘, ‘Rumours‘ and ‘Tusk’, are back and are firing on all cylinders.

Nicks, whose influence on many female singer-songwriters, including, amongst others, Courtney Love, Kristin Hersh and Natalie Merchant, came from her proving that femininity didn’t necessarily mean an absence of self-assertion, or vice-versa, provides nine songs of a terrific command and vulnerability and lyrically as sharp, smart and tart as she ever was. Her voice is more strident than it once was, more nasal with a pronounced sitting-on-Bob-Dylan’s-tumble-dryer vibrato but her songs, like ‘Thrown Down‘, ‘Destiny Rules‘ and ‘Goodbye Baby‘, are powerful, irresistible.

As of old the new Fleetwood Mac album is, though, Lindsey Buckingham’s baby. The sonic architect, the boffin, the perfectionist, Buckingham sculptured the band’s coolly sublime soft-rock sound that suggested it would be best listened to whilst watching sharp sparks of sunlight glance off Pacific waves from inside the bright, white space of an air-conditioned Malibu beach house - one with the kind of empty, stark, minimalist interior that only vast wealth can seem to afford. But Buckingham‘s own songs always chattered with a nervous energy. Like a dog that suddenly twitches in its sleep, his tracks trembled and jolted, sometimes oddly awkward and unsettled. His songs on ‘Say You Will’ display some of the same qualities and the same sheer pop brilliance.

It’s odd that Buckingham has yet to be afforded proper recognition for his talents. If the likes of Ryan Adams, Ed Harcourt, Beck or any of the other troubadours du jour that Uncut likes to hyperventilate about, had come up with melodious marvels like ‘Peacekeeper‘, ‘Miranda‘ or ‘Murrow Turning Over In His Grave‘, then it would be the most exciting and creative stuff they had done in years. Listen to the remarkable, spectral nu-folk of ‘Red Rover’; it alone makes a mockery of every wet, whining indie guitar band on the circuit, packing more ideas, ingenuity and daring into its four minutes than are contained in whole albums by the latest press darlings.

But a group of fiftysomethings who haven’t released anything of real note in nearly 25 years are unlikely to tempt much of a new audience no matter how fresh, provocative and modern their new album sounds (and it does, it does). Old Macophiles will pore over Nicks’ and Buckingham’s lyrics for possible updates on their tumultuous relationship - surely only ABBA came close in displaying such jaw-droppingly vicious, inter-band, soured-love-life dirty washing on their albums - and, though the two finally do appear to have found peace - or at least tolerance - with each other, listeners may find telling scraps (Buckingham: “think of me sweet darling when the best isn’t enough / think of me sweet darling when you don’t come“, Nicks: “What you did not need was a woman who was stronger / you needed someone to depend on you / I could not be her / My first mistake was to smile at you”. Ouch), but ‘Say You Will‘ won’t change anything, won’t leave much of a mark in 2003’s rock climate.

That’s understandable, I suppose, but sad considering all that all mainstream rock can come up with is the desperately titled ‘New Rock Revolution’ (you say you wanna revolution? Well, y’know we’d all love to hear a tune) and the atrocious, hidebound nonsense of ‘Elephant’. And everything that Jack White, with his olde-worlde steam-powered mixing desk and clockwork guitars or whatever ’authentic’ crap he’s been twatting around with, is ever going to know about the blues, Mick Fleetwood and John McVie got bored with over 30 years ago.

Still, I know it’s against the cult-of-youth rule inherit in pop music (not necessarily a bad thing, btw), but, simply put, ’Say You Will’ is the best, most fresh, vital and new, guitar pop album of the year so far and, ironically, it's the one that doesn't sound mired in some '70s nostalgia trip.

If ‘Say You Will‘ is missing anything then it’s Christine McVie’s pillow-soft vocals, but, for most, Fleetwood Mac has only ever really meant Buckingham-Nicks and they know it, and so, on the cover, the ex-lovers lie together once again, facing away, just touching, still distant. So, this time they really are back. Just another unlikely chapter in the band‘s unlikely career.

_“Lord it was a little too strange

and the band played on.”_