The Smell Of Our Own 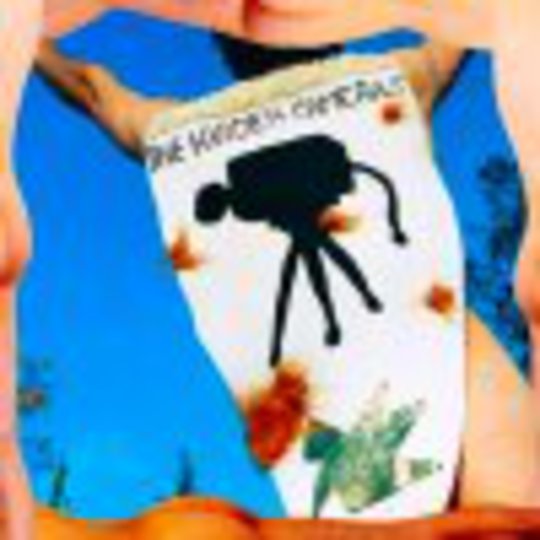 Resistance is futile. You see: like email, Easter Eggs, text messaging, and Father Christmas, pop is about massive worldwide acceptance of something intimate and personal to you. A bit like sex you could say.

The Hidden Cameras have made the best pop record you will hear this year. It's totally gay, but then we love The Smiths, and Morrissey used to sing about his mother. His FUCKING MOTHER! How gay is that?!!! Lay back then, and dream of the coast lapping at your lower reaches, because (singer/songwriter) Joel Gibb and his fifteen-strong army of musicians and singers from Toronto, Canada, have come out to lick the competition.

You know how much you hate 'Shiny Happy People' right? Well, remember how great it was the first time, and that's how you feel listening to 'The Smell Of Our Own', even after the fiftieth rotation. Strip the The Polyphonic Spree of all their novelty cloak nonsense and have them re-score the soundtrack to 'The Lion King'_ (or any other really gay movie you'll actually admit to liking) and that's where we're at. You will try and sing the harmonies and count the layers of vocals. You will fail. You can't play the harp, and elastic bands don't count. You will marvel at the often euphoric crudeness of this record. You will smile at its gorgeousness.

Do you sometimes despair that our generation doesn't have its own Velvet Underground? Then read on.

This pony has several tricks. As fruitfully uplifting as 'Day Is Dawning' sounds, the melancholic lyricism and insipid delivery over annoyingly infectious hooks is like Ian Curtis singing The Kinks. ("The sun is disappearing and the dark is reappearing on top..."). 'Boys Of Melody' meanwhile is like being marooned at sea on a rainbow. With its blossoming, gospel finale, luscious harps and fanciful strings, it's how peak period REM would sound if they dispelled with nonsensical clusters of overlong words no one but Michael Stipe understands.

Listen more carefully though, and you see the really clever thing that Mr. Joel Gibb is doing here. Look a little closer and you see that he's not just out-tweeing Belle And Sebastian or remixing The Proclaimers' greatest hit with The Flaming Lips' finest works, he's also being a bit of a dirty fucker too.

'Golden Streams' - what can that be about you ask? Gay-piss-sex maybe? Indeed. "My golden wand waves down your golden rod." And it gets better. There's a whole bunch of clever willy and bumsex metaphors to be uncovered. These aren't what it makes it a classic record though. That lies in the brilliant, breathless harmonies that make your heart rush to your cheeks and the precious dancey melodies that make you want to flood the floor with your feet. 'Ban Marriage', with its energetic church organs is 'The Queen Is Dead'. Only better. Because Morrissey never really admitted he was actually a homosexual, despite being gayer than Brian Molko's shoe-shiner. This song should be played in shopping centres whilst little kids wear it on their t-shirts and their mums try hopelessly to sing the words. Indie kids around the world should dance to this song in their bedrooms and then all fuck tirelessly until sunrise. The Queens are most definitely alive.

Any queeries (sic) about who's looking too hard for references to bum sex (not the author) are put to ease on the glorious finale 'The Man That I Am With My Man': "He is peeing on my shoulders and knees/A warm wet yellow breeze… " It's not for shock value and there's no novelty attached, he's so genuine it almost makes you want to run into the street singing it and wee over your next door neighbour's dog. Few records deal with such delicate expression in such a universally acceptable manner. Music's not about pandering to the masses, but if you're gonna piss all over the remaining few taboos in the free world you might as well do so with fourty-five minutes of beautiful noise.

With 'The Smell Of Your Own', The Hidden Cameras have created the perfect album. Introspective and personal, it gushes with instant appeal and innocent addiction that anyone can savour. The heavenly arrangements and hypnotically religious star-gazing that oversee much of the record make it an object of pure beauty. This is a sexually-enamoured pop classic to properly liberate us of all remaining taboos and phobias. Resisting it isn't just futile, it would be fatally gay. Like being offered £20M to keep schtum about being fingered by Jakko, there's no way you can refuse it.