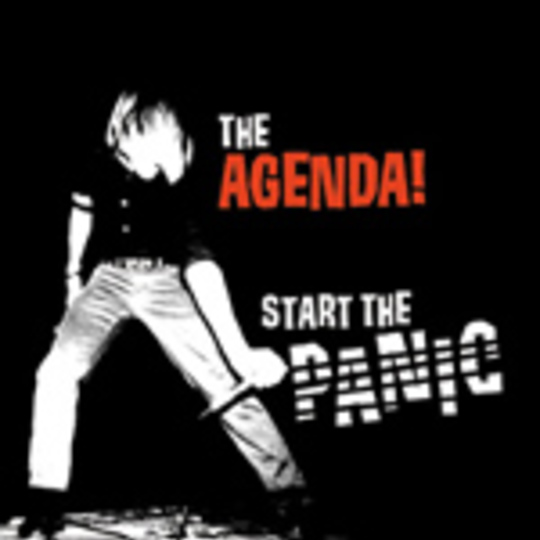 Prejudice is a dirty word, and an even more difficult trait to overcome, so when you're entrusted to listen to an album that's splattered with the words "garage" and "punk" it can prove to be a thankless task hearing the finished product in its entirity without becoming entrapped in a sense of deja-vu before you've gotten to the end of the first song.

But, as in the fact that not all students are tax-dodging sycophants and that not everyone who comes from Derby is an inbred who's sexually attracted to Dolly the Sheep, 'Start The Panic!' is an exercise in eradicating any preconceptions of White skinny-tied Strokes-isms.

In fact it couldn't be further from its own genre definition if it tried.

Opening number 'Crash! Crash!' is a two-minute stomper that takes in the New York Dolls and breathes a Svenonious infested odour throughout its high octane smothered thrash, while _'I Want The Panic!'_ is the sound of At The Drive-In gatecrashing the sessions for 'Highway To Hell' and forcing Angus Young to play guitar with a geigercounter strapped to his arse. _'Shake! Shake! Scream!'_ meanwhile informs us that "She's only good at one thing..." and before you find out what it is we're onto the next one.

And so it continues. For a total of 26 minutes, meaning that the most attention-span deficient amongst you could never get bored.

The Agenda! may be late arrivals onto the scene that the NME would like to think it created but you know what they say about saving the best 'til last, right?