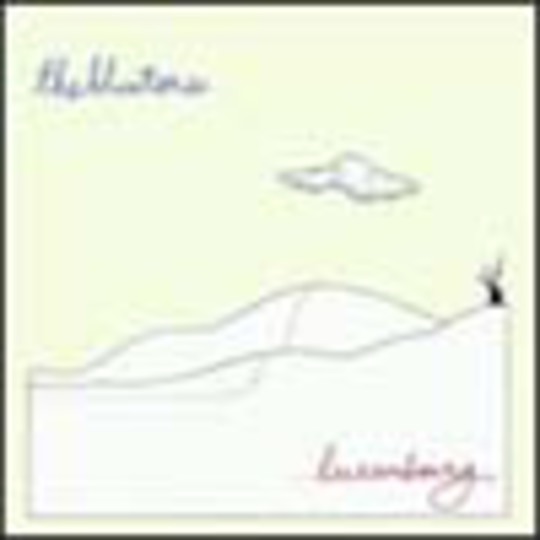 The Bluetones = The Alan Partridge of Indie

Maybe it was just an adolescent fad: what we all did when we turned fourteen and realised that careers as professional football players didn’t beckon. That music was more fun. When we realised that beer didn’t taste that bad after all. When sports brand labels stopped being the epitome of cool. When we spent hours stapling together our fanzines. Something we’re constantly looking to rediscover.

Something we sneer at but secretly adore.

Anyone remember it? The year is noted as approximately 7 BC. _Seven years before crap-encrusted-bumhole-shafting-garage-wank dusted its furry tongue across the face of British music. _God bless America.

If you’re one of those people whose trainers are still stained with the bloody glow of snakebite vomit, or you carved ‘I wanna shag Brett Anderson’ in the ladies (or gents) of The Good Mixer - (a Camden pub that was Food Records' HQ and the official epicentre of 'indie') - some years back, chances are you owned a Bluetones record.

Not because they were ever up there with Pulp, Blur, Elastica, or Suede, but because you loved ‘Slight Return’. Oh yes. You remember dancing to it at Trash when it was still at the Annexe, you remember reading their interviews in the ninety pee Melody Maker and you remember just how fucking great it made you feel.

Like everyone with a popular single, their album topped the charts back in the day, but it’s been downhill since then. Where other indie bands had slick humour (Pulp), tabloid rows (Blur) or just grrrrrls (Elastica, Sleeper, Echobelly); The Bluetones seemingly had none of this, and came across as rather cardboard. They never had inter-band sex, never got their arses out at the Brits and never had any high-profile members walking out. They were, erm, ‘solid’. At least they had great tunes.

Sadly, those seeing The Bluetones on their current fifty date tour will be hearing much the yawnfully boring dirge which makes up most of ‘Luxembourg’. Then again, they’re likely to be the same Ben Sherman wearing knobs that throw pints of piss at Reading, and scratch their arses in time to the latest Shed Seven ‘hit’, so it’s probably of little difference.

Billed as "a radical change in direction", it’s anything but. Mark Morris sings every song to the beat in the same way, over the SAME grossly overused chord structures at the SAME pace. See the pattern? Same band. Whatever happened to Ultrasound? They shat all over everyone…

New single ‘Fast Boy’ is a laughable attempt at re-writing a Parklife-era Blur b-side. Morris reckons it’s the modern day equivalent of ‘Ebeneezer Goode’. For that statement of gross blasphemy, we hereby issue a Fatwa upon his life. That’s if he doesn’t choke himself to death on the economy priced rhyming dictionary he’s shoved up his arse and is now chewing on: "First you twist my arm/Then you grease my palm/Keep me cool and calm." By flushing me down the toilet.

The Bluetones have never possessed the razor wit of Jarvis or the Byron swallowing poetic dexterity of Brett, but even when commercial success turned its back on them, they still came out with absolute gems like ‘Zorro’, ‘Keep The Home Fires Burning’ and ‘Autophilla’ on their last LP, ‘Science And Nature’. Instead, here we have third-rate Pulp rip-offs like the appropriately titled ‘Never Going Nowhere’. With lyrics like "I wanna join the army/I wanna see a foreign land" in their Hammond-backed cringe-inducing war song ‘Code Blue’ (truly it is beyond cheese), you can easily see The Bluetones clearing dancefloors at weddings and bar mitzvahs sooner rather than later. Maybe it was just an age thing after all.