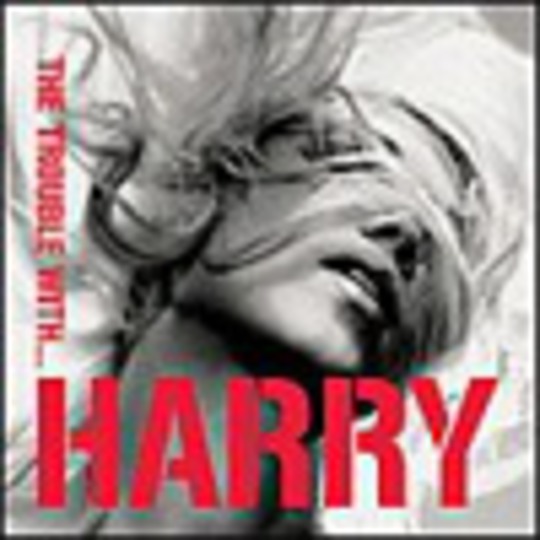 We want icons and we want some now!

Thou must not mention she looks like Shakira mixed with a bitta Aguilera. Thou shall not be swayed by the cover art - s'all headflicks and eyeliner. And the back is even worse: strappy panties, seedy black'n'white-tography.

Looks ain't everything yuhknow, nor is reputation dontchaknow? In fact, let's try to ignore the cover and its music biz sexism altogether, women shouldn't have to appear exploited like this nor be pictured at all for that matter, in their _'marketing package'_ - you'd hardly see Chris Martin's ugly bunch toothy grinning at you in Bermuda shorts on their next single cover, wouldja? Ewww.

Let's dig a little deeper - I said ignore the artwork: Get back to single-handedly reading Loaded if that’s all you're here for… What really cuts my stinky brie is that there hasn't been any evolution of the solo revolution kind, for quite a while. Aretha and Nina (RIP), to Bowie to Madonna, has taken us to Kylie & the clones, ass wiggling at camp eurodisco and a bunch of hip-hop "artistes" waving their guns and chains, calling women 'be-atches'.

Ok, as much as we want them to go away, there's that manufactured SEX SELLS line of Britney-clones too (every major label's gotta have one! Tweenie girls - gotta catch 'em all!). Lest we forget, not so long ago, a gang of ladettes ran around in big shoes and short shirts, flashing their tits and asking for oral sex.

But wherefore art thou, modern day style icons, social commentators, and spokeswomen for the oppressed? When will someone step up of their own accord, without a stylist and shake some peeps outta comas? [yes I am for once ignoring the fact Polly Jean exists, tho she's more a poetic genius and that/she alone does not a revolution make]. Karen O? Oh please..

It's such a perfect day for a revolution. A sexual awakening. A new dawn. There's a war bringing people down (Distract! Distract! Distract!) and there's women still earning less than men, still feeling the strain of the inherent insolence of us guys and our inability to treat "girls" equally - but then again this is a world where we can't all see everyone as human - what with those bearded terrorists who run the local kebab shop, according to my neighbours. It's the exact right time for a girl to step into the limelight without having to bow down to stripping off. It's time to give up the nearing half-century old impression that showing men exactly what they want to see is exploitation for financial gain and empowerment through mass foreplay. Yes, I mean women as sex puppets and it's not right, but the media, the music business and people who don't speak out about it are in the wrong.

6:03pm, Mtv2: Enter Harry, taking it beyond the boob tube and hot pants, rolling around on a bed to a regurgitated dance beat and fuzzing guitar hooks, in lingerie, lips glossed, eyes splattered with black powder. Singing. Strutting. Spectacle.

Then it clicked, I've seen this girl before, as has anyone who's ever been to a free bar in London, they've seen Harry (she's the very blonde one) so it comes as a shock that this 'ere album isn't actually total belly button fluff.

Yeah, ok, you can see from the credits she has a team of co-writers and has worked with a rather large list of producers to get a Reznor-does-Sugababes epic pop debut. It's put together for times like these when entertainment is top of the agenda and guitars and girls are IN. The cold-hearted calculated business approach ain't ever cool, but damn man, ge-ge-get over it, EVERYTHING IS MANUFACTURED, NUH-NUH-NUH-NOTHING IS REALLY REAL.

Pop records, especially British pop records have been lacking some, balls, er, tits, for a while now. What was the last record that opened kicking your doors in and shouting "I am a white vixen whore?" Precisely. I can't remember the last thing that stood a chance of rattling a TOTP dance floor and rumbles along like it means to rainbow-kiss a Kittie postered bedroom. It's got that edge of acceptability outside of the Camden pub circuit, with a few anthems for rock clubs around the country and a few tracks for them hordes of diehards who bought the last Garbage, No Doubt and Cardigans albums.

This record does come warts (A rocked-up cover of 'Push It (Real Good)'??) and all ('Imagination' from the current Rimmel ad). And Harry does sometimes come across like one of those folks who thinks everything can be summed up in two paragraphs from a hippy self-help book ("I do what I do and I hate to regret" ). And if you wanna be really cynical about it Harry does sometimes come across to Sophie Ellis Bexter and PJ Harvey what Avril Lavigne does to Britney and Sleater Kinney. However, she's got her own oomph, and she's done what so few people with a team around them seem to do: put herself into the record.

When all's said and done, this isn't the start of a revolution, this is just a rock record Mary Poppins could whistle to. It's just a girl who loves Madonna and Marilyn Manson and is lucky enough to be living out her fantasies of becoming a heroine (and maybe a sex icon thrown on top), in a time when we really need more positive (female) rolemodels and something to divert people left of centre with. This isn't far off.

Godspeed you missy in the panties!